PREVIOUSLY: “Do you think there’s a connection with the hit and Simpson?”

“Unknown, Mac,” Chris Earp replied, “The troopers thought it was a hit.”

“We can’t be certain,” Chris finished his sentence.

“Okay,” Mac made a command decision, “We haven’t canvassed the southern suburbs yet.”

“Fine with me,” AJ replied, “May I suggest that we use nondescript rental cars?”

“You think the Big A knows your cars—right?”

“There’s a good chance of that—our cars are fairly unique.”

“Except for your Honda.”

Season 18—Adventure 2—SEARCH—Episode 3—Scene 1… On a dirt road in Lakeland Minnesota… Boomer’s Wife Teresa found several houses to rent along a dirt road—a perfect location as it was near Bloomington—where one of Wyatt Earp’s Twin Cities contacts suggested they might find the Simpson brothers. 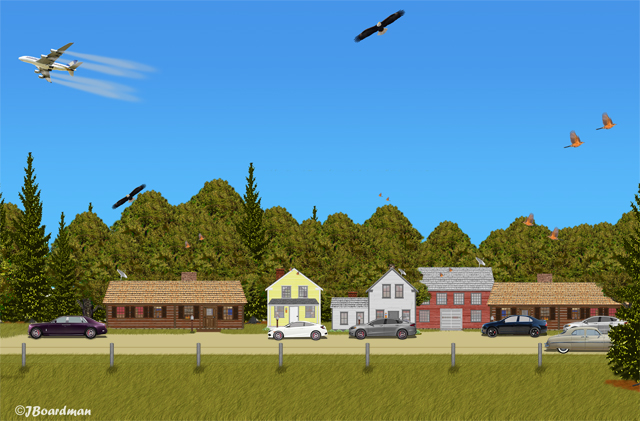 Boomer, Linda, Ralph and moved into the white house with barn-like two-story garage in the back—with an apartment upstairs—Joey took the apartment.

The log cabin was taken by Big Mac, Collie, & Debra.

Episode 3—Scene 2… Inside Boomer’s Home… After they got settled—all (save for Collie—she was cooking a gourmet meal for our heroes to enjoy).

“T did us a great service,” Mac rumbled, “Perhaps these houses should become the Posse™ Headquarters, South.” 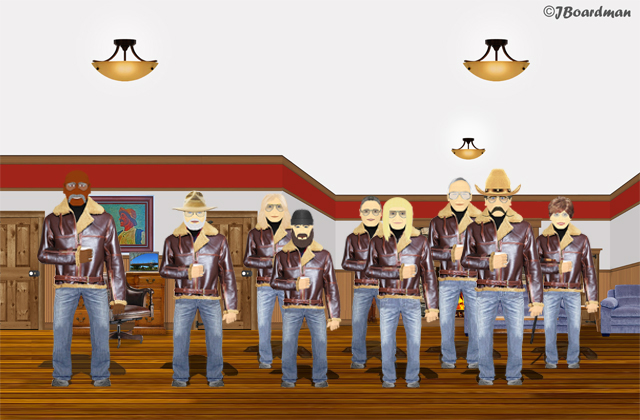 “Let’s get this started!”

“I think I’ll take a walk outside,” Boomer said.

Episode 3—Scene 3… On the dirt road… Boomer walked to the last house—where there was a Rolls-Royce parked in front.

He was greeted by a man—who looked like Allen Stanley Simpson. 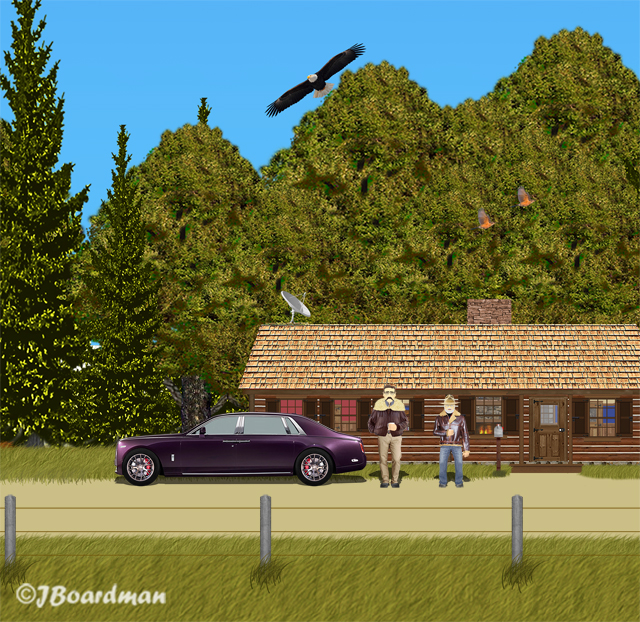 He was greeted by a man—who looked like Allen Stanley Simpson.

Boomer was taken-aback a bit—but kept his composure.

“Yes—I just moved-in,” Boomer replied, thinking that he just might be related to Big-A Simpson as he looked very much like him, “The place with the barn out-back.”

“I should probably get back to my place,” Boomer replied, “My wife has a long ‘honey-do’ list waiting for me.”

It should be noted GENTLE READER™ Boomer never uses his given-name on this blog).

2 Responses to They went about occupying the various houses…