PREVIOUSLY: Somewhere in South Dakota—Allen Stanley Simpson and friends were on the run.

They’d been driving for hours and hours.

FINALLY—they arrived in Deadwood, South Dakota, “The first thing we do—is get rid of these cars.”

“But Al,” Gang foreman Fred Prokup protested, “No one has seen them.”

“That we know of, Fred,” Simpson replied, “They’re classic cars and we should get some value out of that in trade. What we need is cars that blend-in—not old classics.” 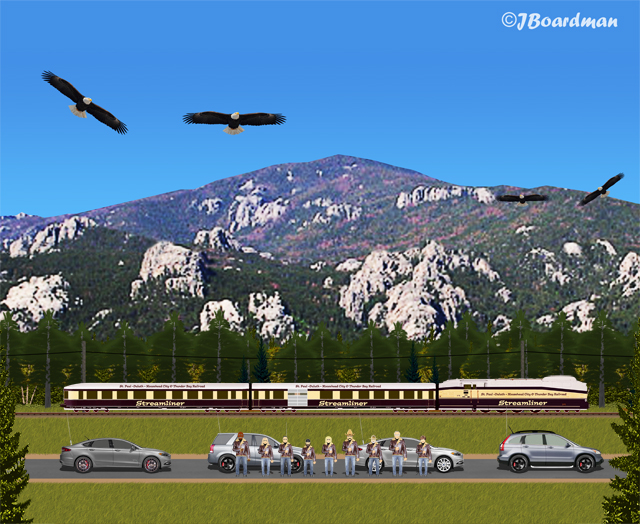 “Boomer, Ralph, Chris, and I have vehicles—buddy-up.”

“Next stop—Deadwood!” Chris was almost giddy at the thought of catching-up to Allen Stanley Simpson, “Biggass awaits us!”

“Ummmm—nope,” Chris laughed, “We will get him this time.”

“I’m Allen Simpson, and I have several classic cars I wish to use as trade-ins.” 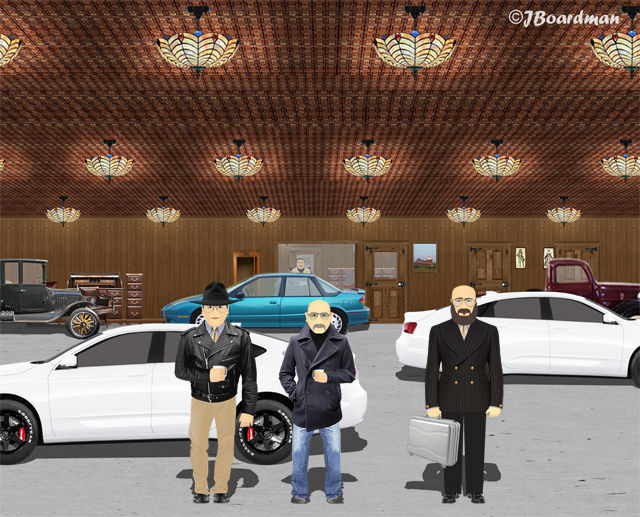 “New,” Simpson replied, “Classic cars are great—but servicing can be a hassle.”

“Well,” He replied, “We were just closing—but I’ll be happy to help you.”

Schmidt went outside with Simpson and inspected his cars, “I’m impressed—these cars are in good shape, overall—how many cars are you interested in purchasing?”

“We have that many available,” Schmidt replied, “One was to be purchased by a company as the manager’s car, and three for a police department, for which our bid was rejected. Needless to say—I’ll give you the cars at my cost—less your trade-ins.”

“Write it up,” Simpson smiled.

Less than an hour later they were checking-in to the Deadwood Hotel.

Episode 8—Scene 3… At a gas station on the road to Deadwood… Boomer stopped to get gas—and whatever delicious treats they might have. 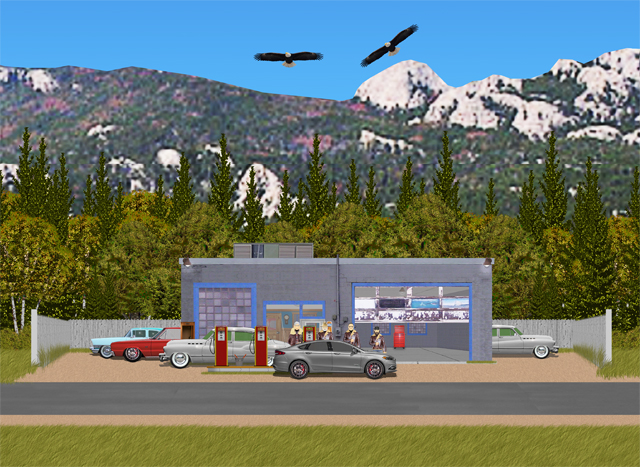 Boomer stopped to get gas…

WHY—he needed gas is beyond me, GENTLE READER™, he could have stopped when the rest of the Posse™ stopped (or—maybe because the rest wouldn’t fit in the gas station I made, or maybe it’s because the attendant resembled Lar Farkleberry—I don’t know).

He resembles Farkleberry mostly because I used his image as the attendant.

Boomer & Company were back on the road a few minutes later.