Season 18—Adventure 3—SEARCHING— Episode 3—Scene 1… Inside Boomer’s Farmhouse… Boomer had been in the farmhouse kitchen—doing the dishes—when he received a call from Lieutenant Silverthorn, “Boomer—we believe Big A may be in the county.”

Boomer charged into the living room, “Big A may be in Moosehead County!” 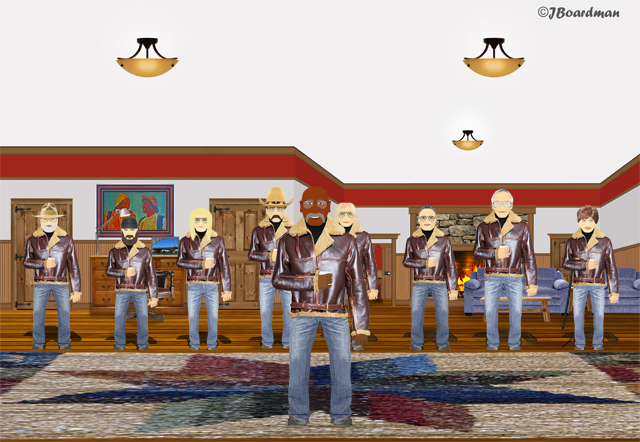 “Hold-on, folks,” Mac said, “The operative word here is ‘may,’ let’s take our time and do some planning.”

“It is true,” Linda added, “We have moved too fast before and I believe that allowed him to escape.”

“I think we should arrive a few days apart,” Debra suggested, “Maybe send one or two to gather information, “While the rest cool our heels in Duluth and Two Harbors.”

“You know what?” Boomer asked rhetorically, “There’s a place near Grand Marais—the Log Cabin Motel, that is high on a bluff overlooking Lake Superior, and it is hidden from the highway.”

“Perfect,” Mac replied, “See if you can make reservations.”

Episode 3—Scene 2… The Old Log Cabin Motel… Boomer made the reservations—and the Posse™ soon arrived at the motel. 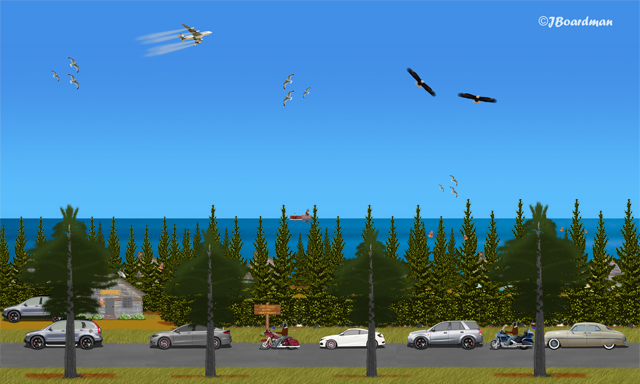 “There sure is a lot of traffic,” Chris observed, “For a weekday.”

“Who knew they’d be so busy?’ Mac asked.

“The owners, perhaps” Chris replied, “That would be my guess.”

“We’re here, Mister Earp—we might as well check the place out.”

7 Responses to “Big A may be in Moosehead County!”