Previously: “You two have a wet-work assignment.”  “Already?” James replied, “We thought that kind of assignment would seldom be required.:

“That’s true—however it has become necessary,” Reed replied, “This ‘Posse,’ has become a real problem for us up in Danger Bay—they’ve disappeared from their headquarters and the buildings are for sale.”

“Are they THAT dangerous?” Wright asked.

“Gentlemen; we have some work for you.” 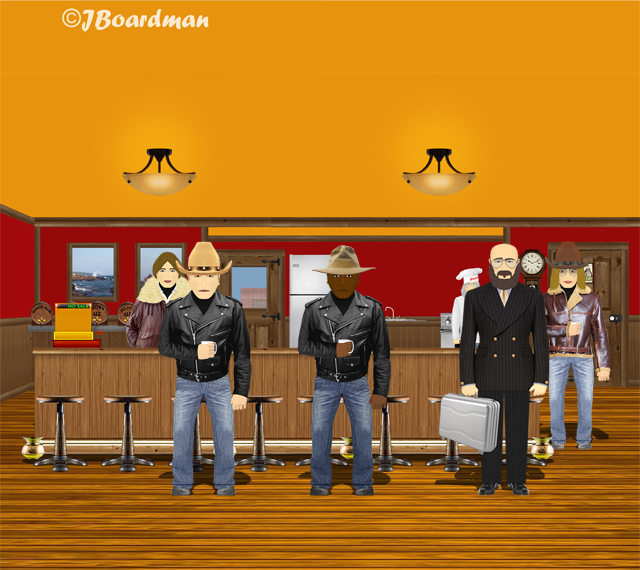 “Gentlemen; we have some work for you.”

“The kind of wet-work you’ll be well-paid for doing.”

“That works for me,” Clyde replied.

The other men agreed with Tommy Clyde.

What they didn’t know was that Janelle Silverthorn heard everything—she quietly notified her Hiram Silverthorn, Jr.

Unfortunately—they left before he and his deputies arrived.

Episode 7—Scene 2… Inside the Posse Headquarters™… Heather McLeod arrived with important news, “Some guys are planning a hit—on somebody.”

“Any clue as who they want to hit?” Mac asked. 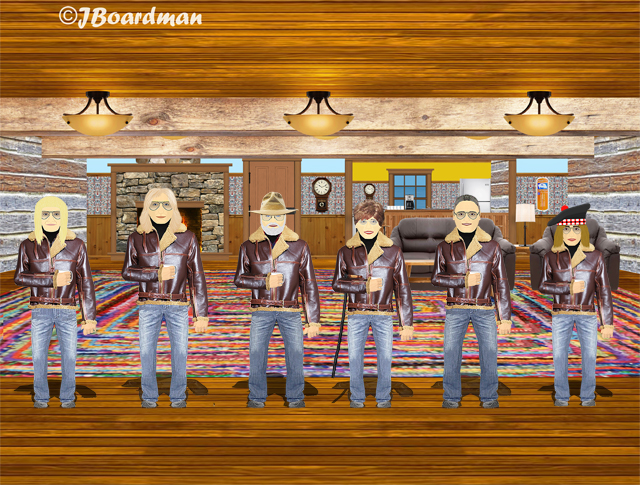 “You may be correct, Chris,” Mac replied, “We’d best prepare.”

“By making some simple arrangements,” Mac replied, “Like hiring a caretaker for when we’re away from our HQ, and when we’re here—keeping the gate closed. That’s exactly why we transplanted all those evergreen trees.”

Episode 7—Scene 3… Outside the Posse Headquarters™… Texas James stopped in front of the Posse HQ… James peered through the gate—and saw nothing. 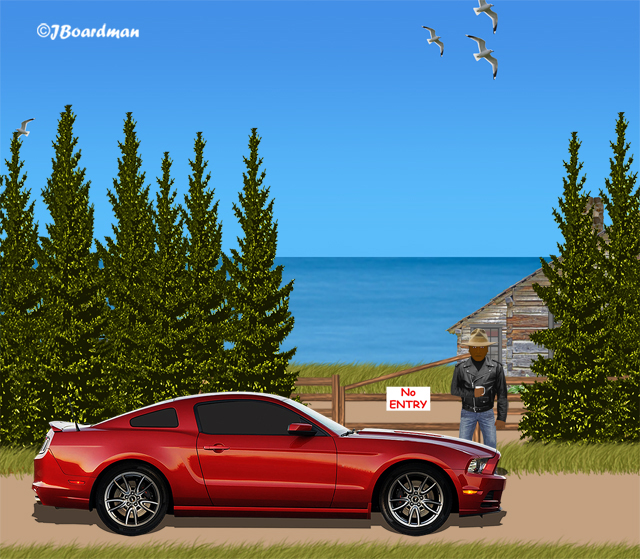 James peered through the gate—and saw nothing.

His vision was blocked by the (transplanted) evergreen trees—and then was startled by a voice coming from a nearby loud-speaker, “This is private property—do NOT attempt to enter—there are armed-guards on-patrol and you may be shot on sight!”

He quickly drove-off thinking a return in-force may be an option.

Episode 7—Scene 4… Inside the Posse Headquarters™… Heather McLeod burst into the great-room from the Ops-Center… “We’ve had a visitor!”“Really?” Chris replied, “A description?”

McLeod walked to the upstairs monitor and played the video.

“I’ve seen him before,” Chris observed, “But where?”