“I found a place where the posse might be hiding.”

“By making some simple arrangements,” Mac replied, “Like hiring a caretaker for when we’re away from our HQ, and when we’re here—keeping the gate closed. That’s exactly why we transplanted all those evergreen trees.”

Episode 7—Scene 3… Outside the Posse Headquarters™… Texas James stopped in front of the Posse HQ… James peered through the gate—and saw nothing.

His vision was blocked by the (transplanted) evergreen trees—and then was startled by a voice coming from a nearby loud-speaker, “This is private property—do NOT attempt to enter—there are armed-guards on-patrol and you may be shot on sight!”

He quickly drove-off thinking a return in-force may be an option.

Episode 7—Scene 4… Inside the Posse Headquarters™… Heather McLeod burst into the great-room from the Ops-Center… “We’ve had a visitor!”

McLeod walked to the upstairs monitor and played the video.

“I’ve seen him before,” Chris observed, “But where?”

Season 18—Adventure 3—SEARCHING—Episode 8—Scene 1… Inside Stanley Davenport’s Lakeside Condo Apartment… Brian Wright reported to Davenport, “I found a place where the posse might be hiding.” 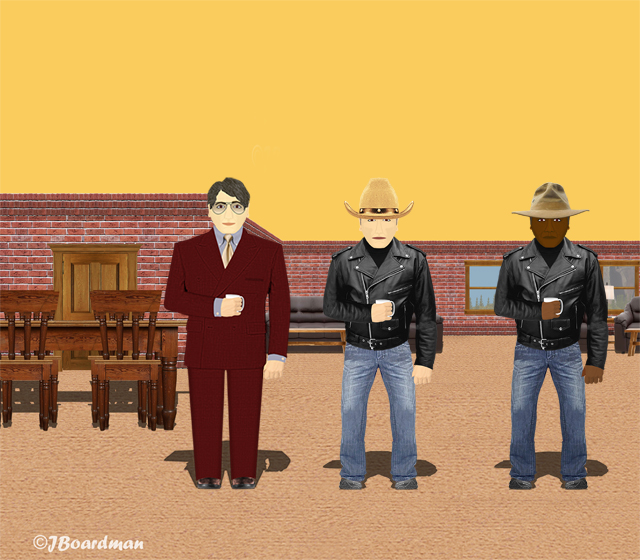 “I found a place where the posse might be hiding.”

“On top of the bluff overlooking Danger Bay,” Wright replied, “it is alarmed and possibly booby-trapped.”

“Interesting,” Davenport replied, “Perhaps we can hire some thugs to assault the place—home militia types.”

“I DO know someone—he hangs at the Lakeside Bar.”

“Go talk to him,” Davenport replied.

Episode 8—Scene 2… Inside the Lakeside Bar… Brian Wright spotted Hopkins and walked-over to him, “Hello Frank.” 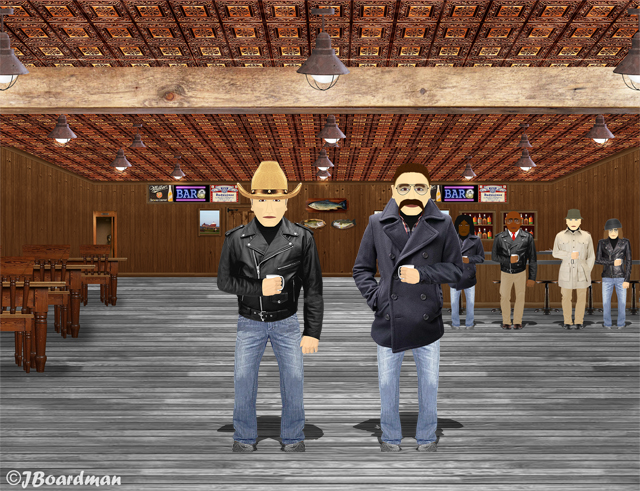 “I have an operation for you,” He replied quietly, “One that you and your militia are exactly the right bunch to pull it off.”

“You’ve got my interest—tell me more.”

“Located on the Superior Bluff, it is alarmed and possibly booby-trapped.”

“Give me directions so I can give it a look.”

Episode 8—Scene 2… Outside the Posse HQ… “This doesn’t look at all like what Brian described,” Hopkins thought as he looked through the open gate. 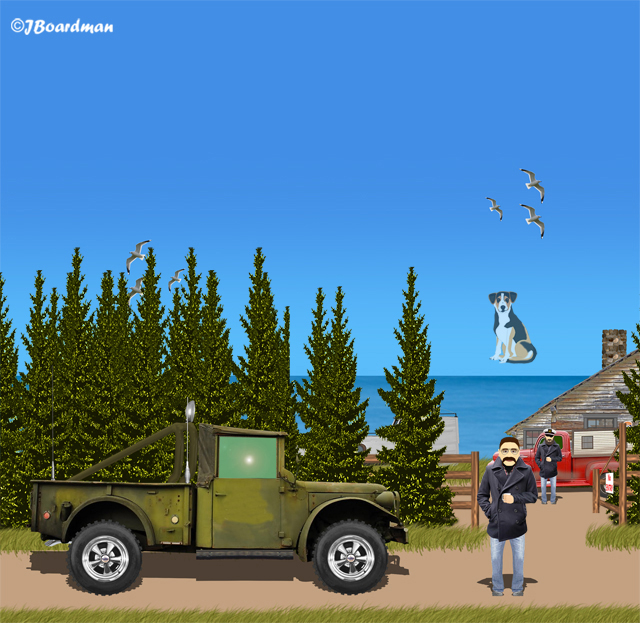 “This doesn’t look at all like what Brian described…”

He called Brian Wright, “Brian—all I see is an old fishing-boat with an old man standing outside a cabin.”

“Are you sure you’re at the right place?”

“Yes, I am,” he replied, “Do you really think I’m that directionally challenged?”

2 Responses to “I found a place where the posse might be hiding.”