But—not before the (off-stage) heavy mortars’ 105mm shells penetrated the roof of the Posse Headquarters™ and destroyed the main level of the building.

The Posse only survived because of Boomer, and in particular—Sergeant-Major McIntyre’s military training—they took cover in the well-protected operations-center in the basement.

The damage to the HQ was beyond repair.

“It is apparent we must build another new Posse Headquarters™,” Mac dead-panned. 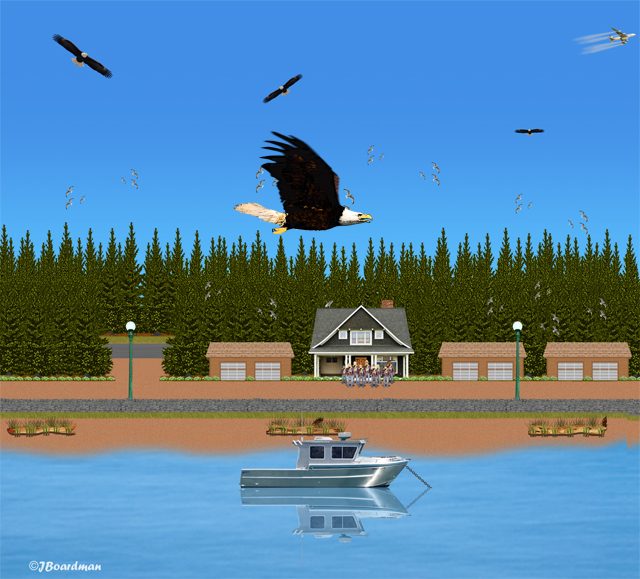 With her keen eyesight—combined with her huge talons—would you DARE confront her GENTLE READER™?

I certainly would not!

Now—would be a good time to look at the interior. 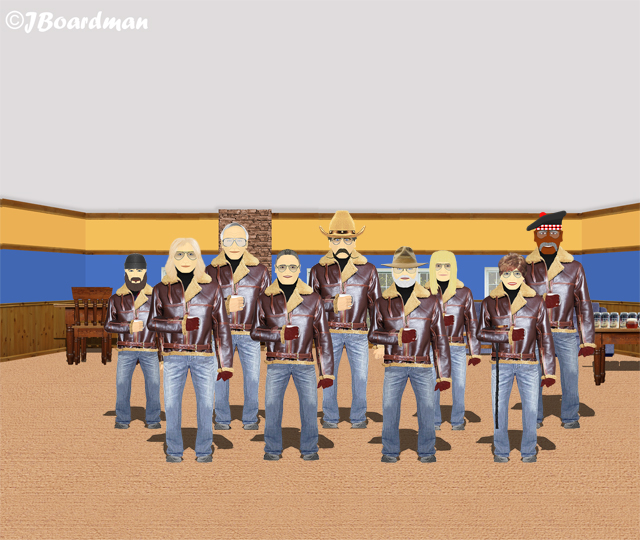 Big Mac explained the features of the new Posse HQ™

“Even though you all have been involved in the construction,” Mac began, “Let’s go over the features for our Gentle Readers ™”

“You mean to tell us that anybody reads this crap?” Boomer asked.

Episode 1—Scene 3… Outside Davenport’s new Cabin overlooking Lakeview City… Davenport and Erik O’Hara originally were bringing AJ Reed to look at the cabin—but he never made it there—he’s currently wearing cement-overshoes at the bottom of Lake Superior. 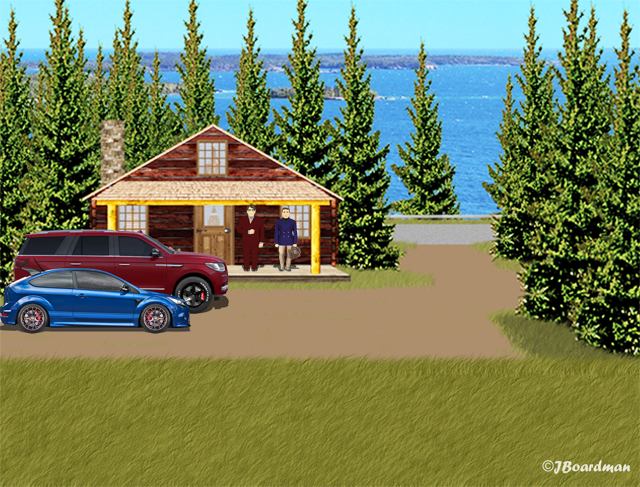 “That’s a plus, Erik,” Davenport replied, “A great place away from my condo-apartment.”

“Too bad about Andy.”

“What about the so-called ‘Posse’?”

“We’ll bide our time with them—that way they’ll probably lose interest in us.”

“What of the Militia?”

“There are only two left,” Davenport replied, “They made no mistakes, the posse just had better than expected defenses.”

2 Responses to “This place is difficult to find.”