PREVIOUSLY: “Bringing the Griffith to Warp one, Captain!”

Season 18—Adventure 4—Starting Over—Episode 5—Scene 1… Hiding in a cove aboard the MV Ina May Griffith… “They didn’t see us!” Chris exclaimed. 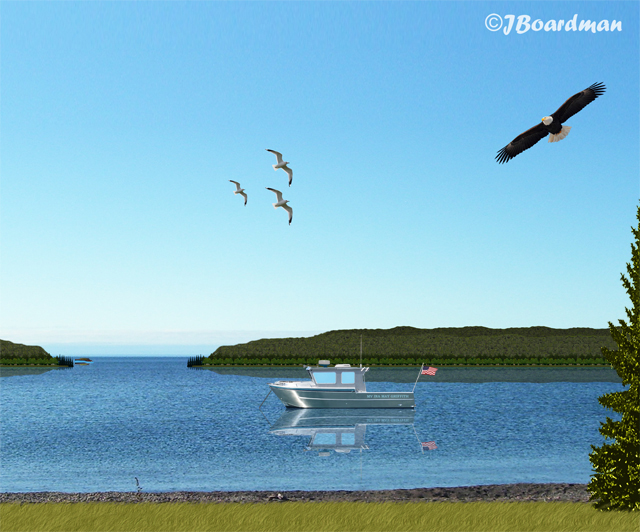 “Apparently not,” Mac replied, “We’d best get back to Danger Bay.”

“We should wait here a while, Mac,” Chris suggested.

Sure-enough, the bad-guys motored back past the cove at high-speed, not bothering to look-into the cove.

A half-hour later the Posse left the cove and slowly made their way back to Danger Bay.

Episode 5—Scene 2… The Posse™ safely arrived in Danger Bay Harbor… Other than stopping to pose for this illustration—they went directly to the Silverthorn Café to score lunch. 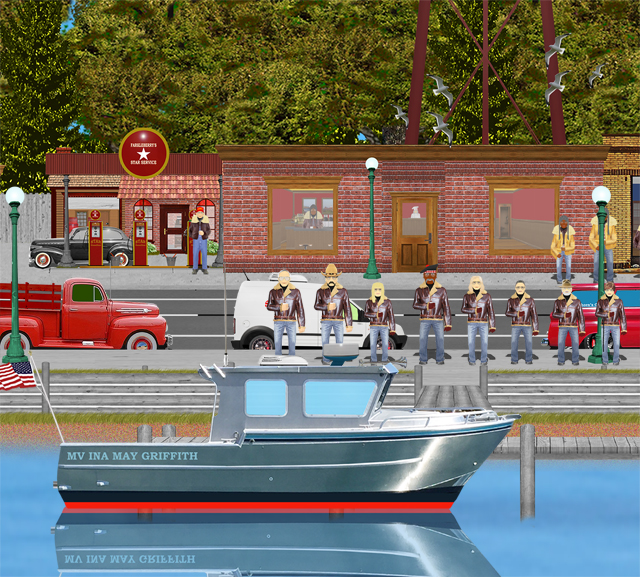 “What’ll you have folks?” Janelle Silverthorn asked, “We have all your usual Posse™ specials today.”

“That sounds good to me” Mac rumbled.

After looking-around to make sure there were no strangers hanging-out—everybody placed their lunch orders.

“Gratis on a Portice with Escoffier Sauce, please,” Boomer ordered.

“Half-pound medium rare cheeseburger with a side of skin-on French fries—right?”

“Onion rings instead of fries, please.”

“That sounds good to me,” Mac rumbled.

The balance of the Posse™ placed their respective orders and soon settled into enjoying their lunch. 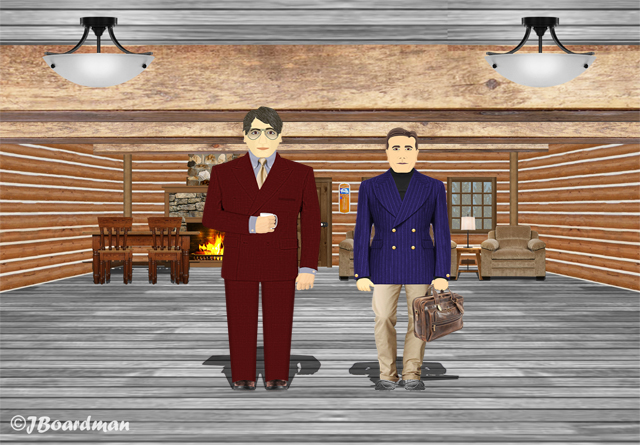 5 Responses to The Posse™ safely arrived in Danger Bay Harbor