PREVIOUSLY: “Any sign of Erik O’Hara since last you were here?” 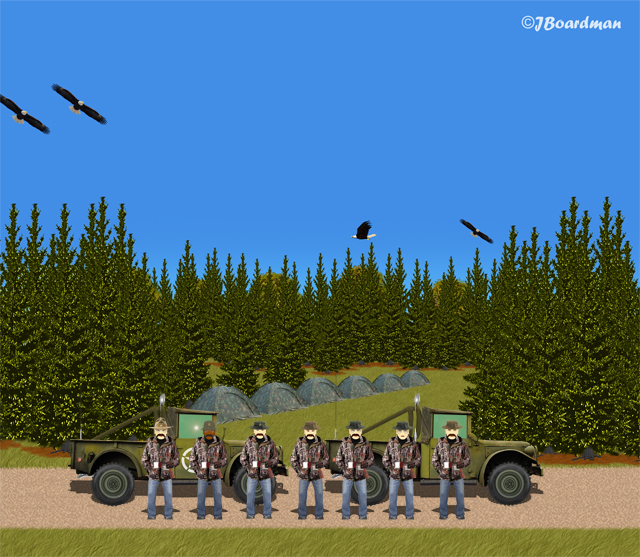 “OOOOO-RA!” his men replied, as they prepared to mount-up.

Captain Hopkins and Staff Sergeant Wilson Jones rode together in the lead 3/4Ton, “We know, thanks to this O’Hara, where Davenport is supposed to be hiding—let’s hope he’s there.”