Posted on September 2, 2019 by Jack Boardman

PREVIOUSLY: The entire Posse™, along with the first Wyatt Earp were in attendance—when there was a knock on the door… “I’m James Butler Hickok, and this is Calamity Jane Canary—at your service.”

“How did you know we were here?” Chris Earp asked.

“A telegram from a Miss Daisy Beagle,” He replied, “She said we might enjoy helping you folks.”

(It should be noted here, GENTLE READER™, the real Hickok didn’t like Calamity Jane at all—and yet—as a practical-joke at the deceased Hickok—she was buried next to him. I saw this in person at 8 years old in 1956).

“Calamity and I would be honored to join you.”

“As would I,” Wyatt Earp added, “We’ll get them there safely—wherever ‘there’ might be.”

“How about Deadwood?” Hickok asked, “That’s one place where people don’t ask questions.”

“I agree,” Hickok grinned, “And too, Nuttal & Mann’s Saloon is there.”

“Just don’t sit with your back to the door,” Earp joked.

An hour later, Simpson, O’Hara, Hickok, and Earp caught the train to Deadwood—and out of this story.

(Do you reckon, GENTLE READER™, that someone was Carstairs?)

He was looking for the Posse Headquarters™.

He stopped at the Silverthorn General Store, where James Silverthorn gave him directions, “Continue out the road outside until you come to a large lightning-damaged tree and take the first road on your left—that road will lead you to their compound.”

Should Silverthorn have given Jones directions? 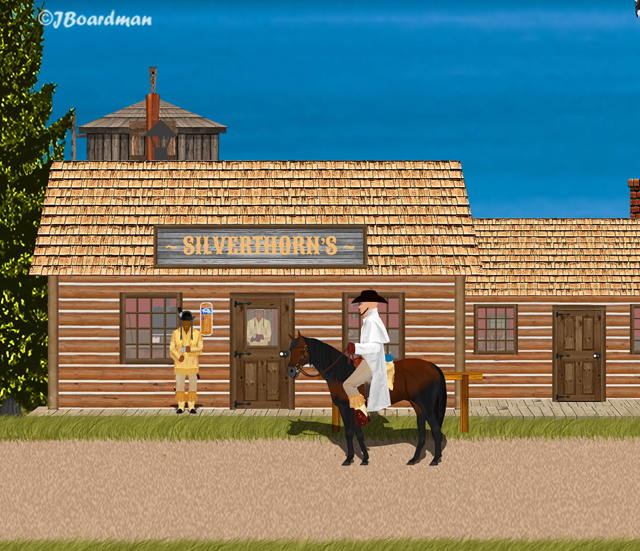 Should Silverthorn have given Jones directions?

He was a dangerous man—skilled in the use of his Remington .44 and his Henry rifle.

He continued ride, slowly—deliberately—observing the lay of the land.

Episode 2—Scene 2… Jones arrived at the Posse Headquarters™… He looked around carefully before dismounting his horse—as if preparing for a fight. 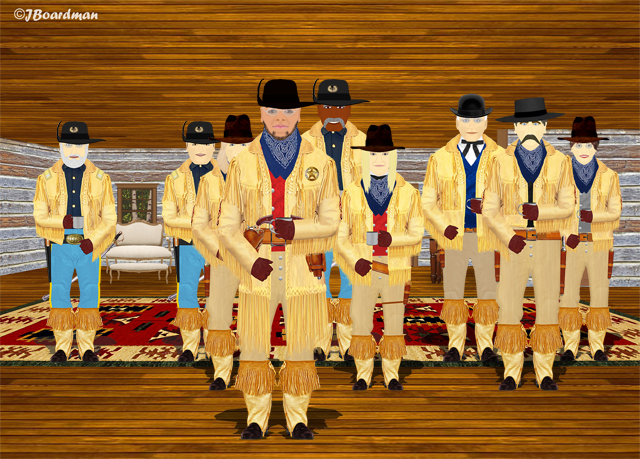 “That’s some greeting—dad-in-law,” Jones replied as he looked at everyone pointing their respective side-arms at him, “Nice to see you, too.”

“If we knew you were coming—we’d have put-out a welcome mat,” Boomer rejoined.