Posted on September 4, 2019 by Jack Boardman

Previously: Eleanor Thomas, Wild Bill Johnson, & Jim Smith died on the spot and the others hightailed it away—two of them, Sandra Williams and Jeremy Smith, were mortally wounded.

Of the Posse—only Boomer suffered a wound (as with all old-time westerns—it was only a flesh-wound).

“DAMMIT!” Boomer exclaimed, “Even a flesh-wound hurts like hell—it wasn’t like that on all the TV westerns I watched as a kid.”

“Yeah, but you are injury-prone, Joey,” Boomer replied.

“Do you think they’ll be back?” Ralph asked.

“I wonder if Carstairs knows we sent Simpson to Deadwood?” Chris asked, “After all—it is Simpson they really want.” 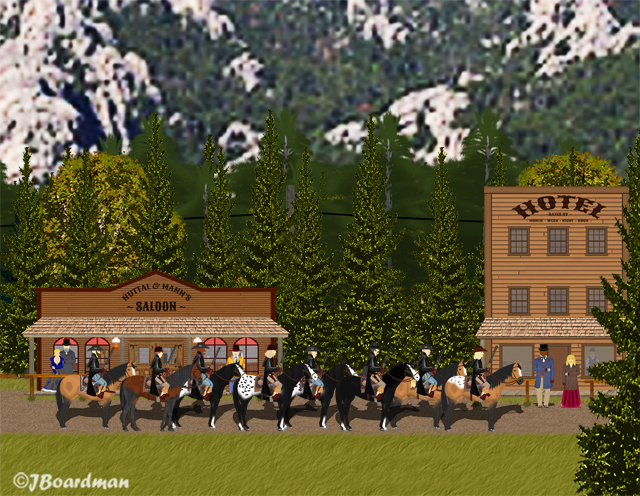 “How about the hotel, Mac?” Chris Earp asked.

“We can check the hotel for vacancies, I suppose,” Mac replied, “And rent all the available rooms.”

“We should also check the cabin we used the last time we were here,” Boomer suggested.

“Yes,” Mac replied, “We’ll do that after we visit the hotel.”

Episode 4… Scene 2… The Posse met in the Hotel Lobby… “It appears we’re taking the last available rooms,” Mac rumbled, “That ought to provide some problems for Carstairs.” 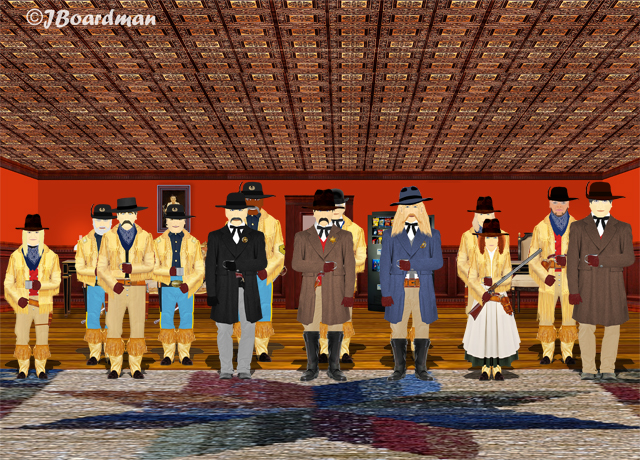 “That ought to provide some problems for Carstairs.”

“I certainly hope so,” Chris Earp agreed, “It will give us more time to prepare—and maybe get Simpson & O’Hara to a safe place—like the 21st Century.”

“We’ve been there—exactly WHY we’re here.”

“There is that possibility.”

Episode 4… Scene 3… The Carstairs bunch arrived in Deadwood… Their first stop was at the hotel—where they learned there were no vacancies.

Carstairs then went to the local land office where he learned of an abandoned cabin that might fit his needs—and they rode out to check it out. 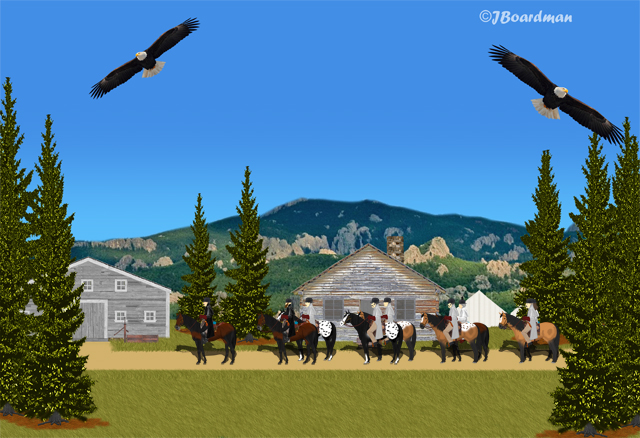 What Carstairs didn’t know—Boomer had told the land office clerk, “If anyone named Carstairs asks, George, send him out to our cabin and quote a rental rate as $20.00 a month.”