Posted on September 5, 2019 by Jack Boardman

Previously: “I certainly hope so,” Chris Earp agreed, “It will give us more time to prepare—and maybe get Simpson & O’Hara to a safe place—like the 21st Century.”

“We’ve been there—exactly WHY we’re here.”

“There is that possibility.”

Episode 4… Scene 3…The Carstairs bunch arrived in Deadwood… Their first stop was at the hotel—where they learned there were no vacancies.

Carstairs then went to the local land office where he learned of an abandoned cabin that might fit his needs—and they rode out to check it out.

What Carstairs didn’t know—Boomer had told the land office clerk, “If anyone named Carstairs asks, George, send him out to our cabin and quote a rental rate as $20.00 a month.”

“Exactly, brother,” AJ Carstairs added, “We have enemies coming here we need to find and eliminate a gang known as the ‘Posse,’ and they must be destroyed.” 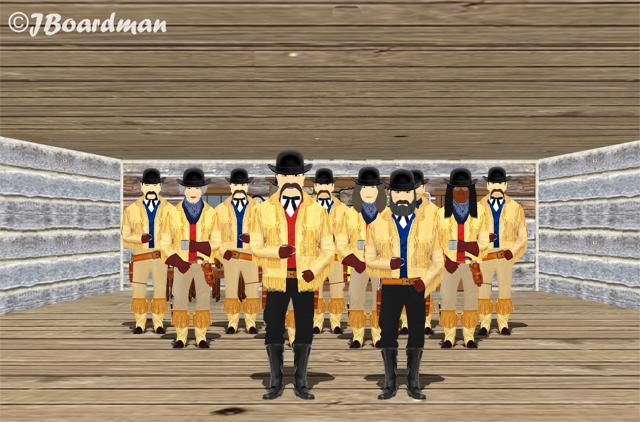 “You have no idea, Mr. Truly, just how wrong you are,” William Carstairs replied, “Every one of them are more-accomplished gunslingers than anyone here.”

“Anyone else?” AJ asked.

“Very-well,” AJ said, “Go out and get the lay of the land, so to speak, and visit the various attractions of the area.”

“And stay out of trouble,” Bill Carstairs added. 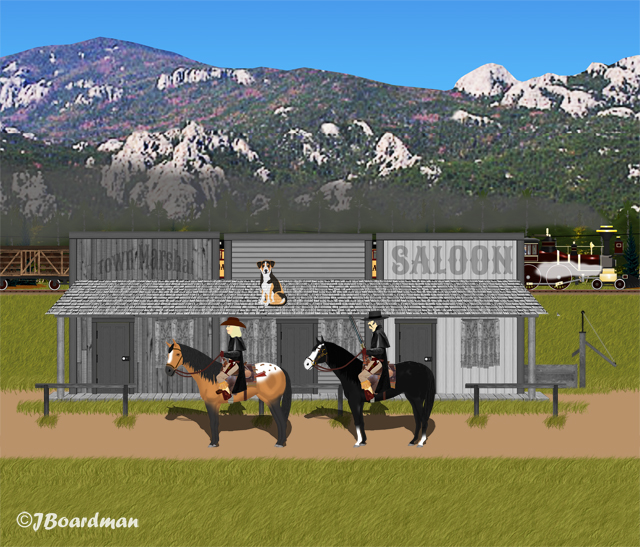 Neither questioned Cujo—their long association with her prevailed.

They dismounted and looked through the gap between the buildings and observed several riders passing through town, “They’re Carstairs’ men.”

“I figured,” Chris replied, “We’ll ride hard back into Deadwood.”

“No, Chris,” Cujo bayed (she IS half-beagle, after all), “Just ride slowly, as they have no idea who you are, or why you’re in town.”

“So, maybe we could just happen to be riding in the same direction?” Wyatt asked.

Our heroes followed for some time before they caught-up the riders, “Howdy fellas—heading for town?”

“We’re trying—which fork ahead should we take?”

“The one on the left,” Chris replied, “We’re headed that way too.”

4 Responses to “You must move behind the buildings—NOW!”