Posted on September 9, 2019 by Jack Boardman

Previously: “You must move behind the buildings—NOW!”

Neither questioned Cujo—their long association with her prevailed.

They dismounted and looked through the gap between the buildings and observed several riders passing through town, “They’re Carstairs’ men.”

“I figured,” Chris replied, “We’ll ride hard back into Deadwood.”

“No, Chris,” Cujo bayed (she IS half-beagle, after all), “Just ride slowly, as they have no idea who you are, or why you’re in town.”

“So, maybe we could just happen to be riding in the same direction?” Wyatt asked.

Our heroes followed for some time before they caught-up the riders, “Howdy fellas—heading for town?”

“We’re trying—which fork ahead should we take?”

“The one on the left,” Chris replied, “We’re headed that way too.”

Season 18—Adventure 1—CARSTAIRS Part 2—Episode 6… Scene 1… On the Road with Carstairs’ gang… “How much further?” 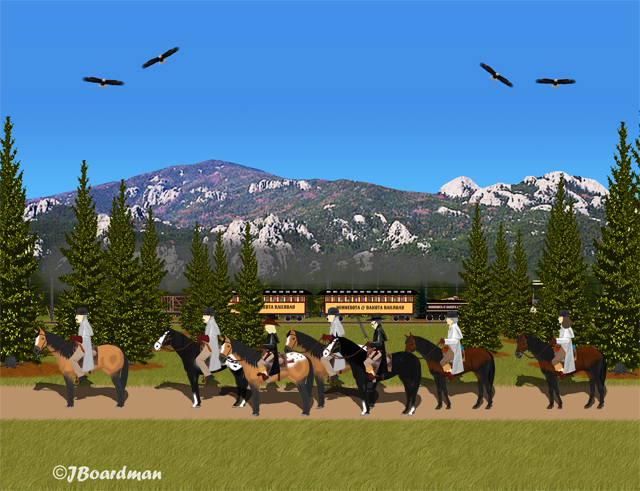 “Five or six miles,” Wyatt replied, “I’m not exactly sure, Mr. Truly, but we should be there in an hour or so.”

“You folks ever heard of a bunch calling themselves the posse?” Truly asked.

“Who hasn’t,” Chris Earp replied, “They are some dangerous hombres.”

“Really,” Chris replied, “Tell me more—we might want to join you.”

“That depends,” Driscoll said, “Are you willing to kill if asked?”

“We have,” Tom Truly replied, “Just yesterday we killed the banker in Flyspeck.”

“Now, we are hunting someone named Simpson—who needs to be dead.” 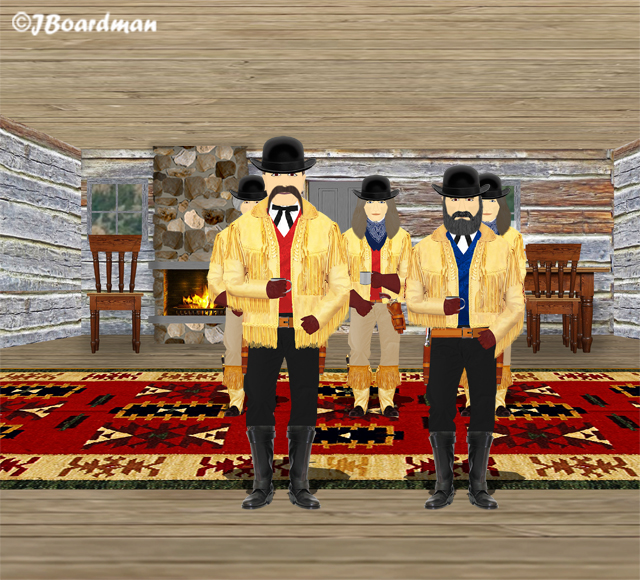 2 Responses to “Where are they?”