PREVIOUSLY: The Posse™ was already in place in the corral, and waiting, “Okay folks, get prepared.”

“A little more emphasis on the word ‘sir,’ if you don’t mind.”

Captain Boomer outranked Sergeant-Major McIntyre—but had deep respect for the tactical expertise Mac had—but simply HAD to tease his old friend—so he laughed.

When the shooting was over—the Carstairs gang were all dead or wounded.

William and AJ Carstairs and Maude O’Donnell were not among their number.

Season 18—Adventure 2—Return to Danger Bay—Episode 1… Scene 1… Inside the Posse HQ™… After Morgan and the original Wyatt Berry Stapp Earp had escorted Big A to a safe place near Rapid City, Dakota territory, the Posse returned (via the Adventure Train) to Danger Bay—satisfied that Allen Stanley Simpson was safe, and that the Carstairs gang was unaware of their departure from Deadwood—they met inside their headquarters.

“That was fun,” Chris Earp observed, “What do we do now for excitement?” 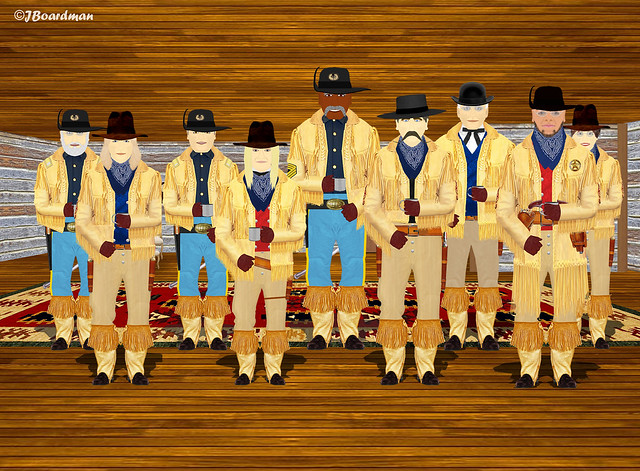 “What do we do now for excitement?”

“How long will it take for Carstairs to realize we’re gone, and come here to look for us?” Linda asked.

“He’s not stupid,” Boomer replied, “Not long I suspect.”

“I say,” Ralph Halvorson suggested, “We enjoy the time we have before he figures it out—Linda and I haven’t been fishing for too long.”

“Maybe Wyatt and I will join you,” Chris Earp said, “That would be more fun than reading.”

“Please keep in mind that Carstairs will probably want to hire a good deal more men before he comes here,” Mac cautioned.

“I certainly hope so,” Chris Earp said as she rubbed her hands together in anticipation, “I hope so.”

“Rebuild our operation,” He replied, “Until we outnumber this so-called posse ten to one.” 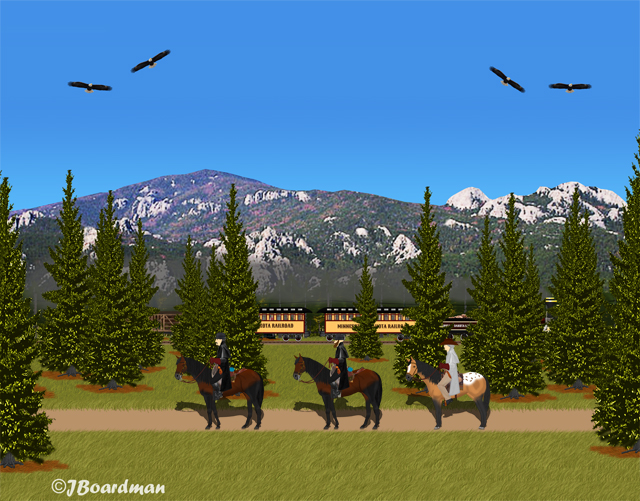 “Since it appears that Simpson has escaped,” Carstairs said, “We return to Moosehead County and destroy the so-called Posse.”

The “rebuild” of Carstairs’ gang took several months—months during which the Posse engaged the local native community to augment their numbers.