PREVIOUSLY: “I agree,” Deputy US Marshal Al Jones added, “We must prepare Danger Bay for war.”

“And I’ll see if we can get help from the US Marshal’s office in Moosehead City,” Al Jones added.

(This all sounds pretty good, Gentle Reader™, BUT will it be enough?)

Episode 2… Scene 2… Fifty miles away, on the Road to Moosehead County… Although Carstairs was not able to recruit a numerically ten-to-one advantage over the Posse, he did put together a very large number of recruits.

Carstairs was in no hurry—he took time to train his gang as if they were in the army.

He was not without military experience—having served under General Sherman during the Civil War.

And he was ruthless, and disobedience was a capital offence.

AJ Carstairs was even more ruthless than his brother.

He took joy in meting-out justice.

He left the bodies of the miscreants to rot on the side of the trail. 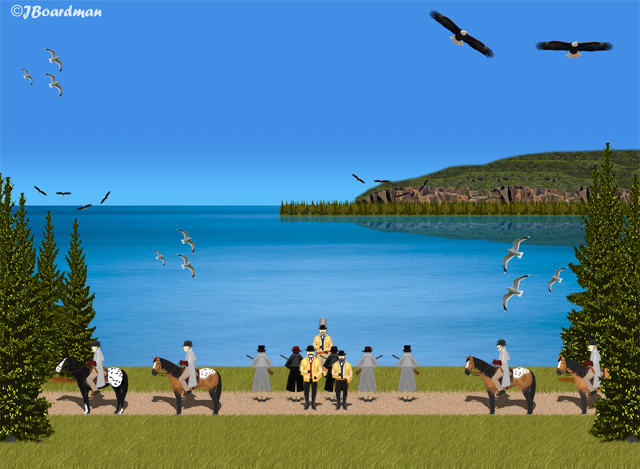 There was no further disobedience.

“Mount-up ladies and gentlemen,” Carstairs ordered, “We have a so-called Posse to meet the same fate as Mr. James experience.”

They still had many miles to ride—and made more than a few wrong turns and had to double-back.

Episode 3… Scene 2… The Village of Danger Bay, Minnesota… The Posse rode into town as if they were native to the village and were warmly greeted by James Silverthorn, “I heard you were back in our Century.”

“We are, Jimmy,” Chris Earp replied, “And have been having some exciting adventures in Deadwood.”

“Somehow I think you may have brought us trouble,” Silverthorn said. 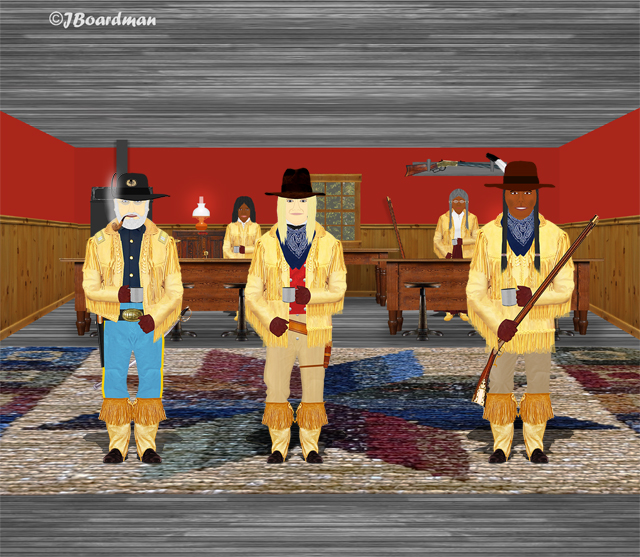 “Jimmy,” Boomer said, “Are you sure you want commit without knowing exactly what we need?”

“Let me guess,” Silverthorn replied, “We’ll be vastly outnumbered—our chances of surviving are slim—and the future of Moosehead County is in our hands?”

“You’ve been talking to Cujo.”