PREVIOUSLY: “Somehow I think you may have brought us trouble,” Silverthorn said.

“Jimmy,” Boomer said, “Are you sure you want commit without knowing exactly what we need?”

“Let me guess,” Silverthorn replied, “We’ll be vastly outnumbered—our chances of surviving are slim—and the future of Moosehead County is in our hands?”

“You’ve been talking to Cujo.” 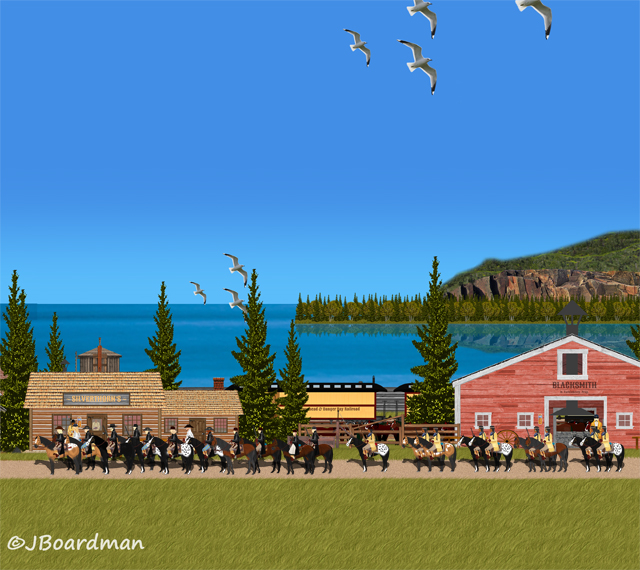 “What are you talking about?” Silverthorn asked.

“When this is over, Jimmy,” Boomer replied, “We can arrange a visit for you—your descendants are a remarkable family.”

“Deal with it, Jimmy,” Mac laughed.

“I should point-out,” Wyatt observed, “We must survive today first.”

“There is that,” Linda frowned, “Nothing seems to come easy for us.”

Except—AJ Carstairs led them down the wrong road at an intersection.

After several hours’ riding—even AJ figured-out they were on the wrong road. 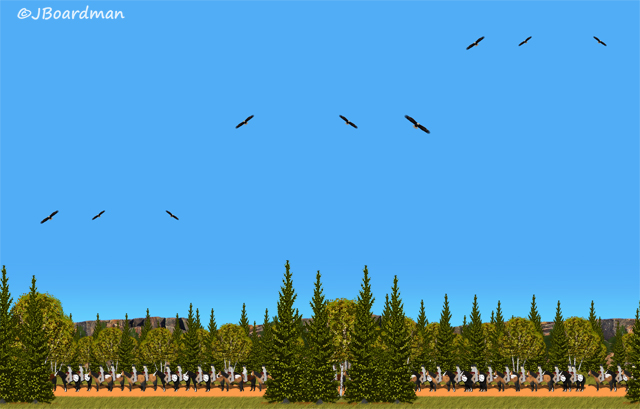 It took them hours to get back to where they took the wrong turn.

“I believe so, AJ,” Bill Carstairs replied with a laugh, “But—I’ve been wrong before.”

As it happened—they were on the right road, but still some distance away from Moosehead County.

(This is what one might consider a cliffhanger episode conclusion, Gentle Reader™)