“The question now—is where?

PREVIOUSLY: Except—AJ Carstairs led them down the wrong road at an intersection.

After several hours’ riding—even AJ figured-out they were on the wrong road.

It took them hours to get back to where they took the wrong turn.

“I believe so, AJ,” Bill Carstairs replied with a laugh, “But—I’ve been wrong before.”

As it happened—they were on the right road, but still some distance away from Moosehead County.

(This is what one might consider a cliffhanger episode conclusion, Gentle Reader™)

Season 18—Adventure 2—Return to Danger Bay—Episode 5… Scene 1… Ambush on the Coast Road… “Wait for it—wait for it,” Boomer said as Carstairs’ gang approached their position, “FIRE!” 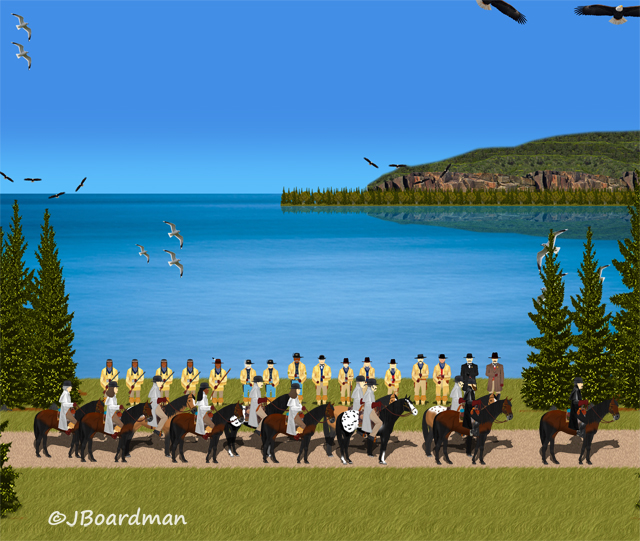 Unfortunately—both Carstairs brothers and roughly half of his army escaped—there just wasn’t enough good-guys to get them all.

The good news is that it made Carstairs wary about future attacks, “We must come-up with a better plan.”

“That much is certain,” AJ agreed, “We’d best lay-low for a while.”

“The question now—is where?”

Episode 5… Scene 2… Flyspeck, Cook County Minnesota… “There doesn’t appear to be a hotel in this backwater town.” 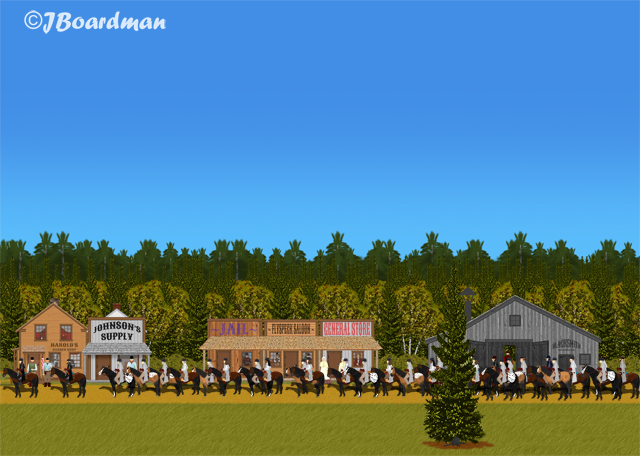 “There doesn’t appear to be a hotel in this backwater town.”

“But,” Bill Carstairs replied to AJ, “We can buy supplies here and find a place to camp.”

The townsfolk were a bit taken aback by the sheer number riding into town—but when they purchased supplies at the general store—they settled-down and happily took their money from Carstairs.

Soon the gang left town and found an undisclosed (so far) location in the deep woods to camp.

Episode 5… Scene 3… In the Deep Woods at Carstairs’ Gang Campsite… “We should be safe here!” 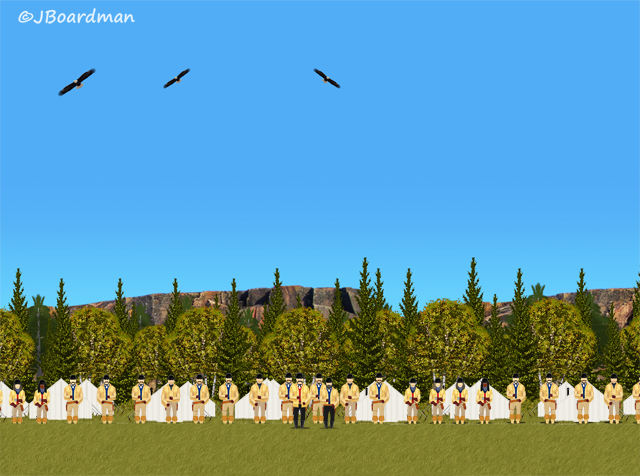 “We should be safe here!”

“I hope so, big brother,” AJ Carstairs replied, “We must come-up with a better plan—maybe we can find some Indians to help us.”

“That’s a good idea, little brother—get on it!”

Confident he could find some renegade Indians—AJ rode out of camp.

It didn’t take long for the “renegade Indians” to find AJ Carstairs.

1 Response to “The question now—is where?