PREVIOUSLY: “Blue-Dog—I want you to scout the road to our West and set-up your ambush.”

Running Bear selected five more groups and sent them out, “I daresay He-Who-Runs-With-Wolves, this has been most enjoyable.”

“Irritating Carstairs and his men IS great sport,” He-Who-Runs-With-Wolves replied.

“I dare-say, old friend,” He-Who-Runs-With-Wolves replied, “It should be worse!”

“As do I,” Running Bear replied, “I think you should meet with our friends.”

Episode 7… Scene 2… On the road outside Danger Bay… “Greetings James Silverthorn,” He-Who-Runs-With-Wolves grinned, “It has been too long since we’ve spoken.”

“Yes—I have a map showing where.”

The two friends studied the map to see where the best locations were for combating the ambushes without causing casualties to their Native allies.

“I believe Running Bear found the perfect places for our ambush.” 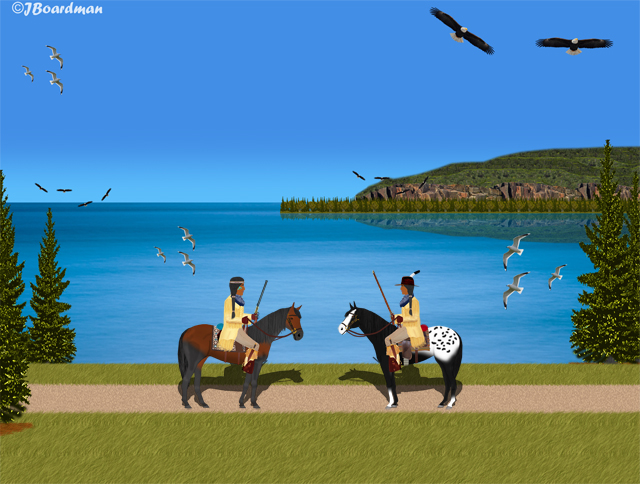 “I believe Running Bear found the perfect places for our ambush.” 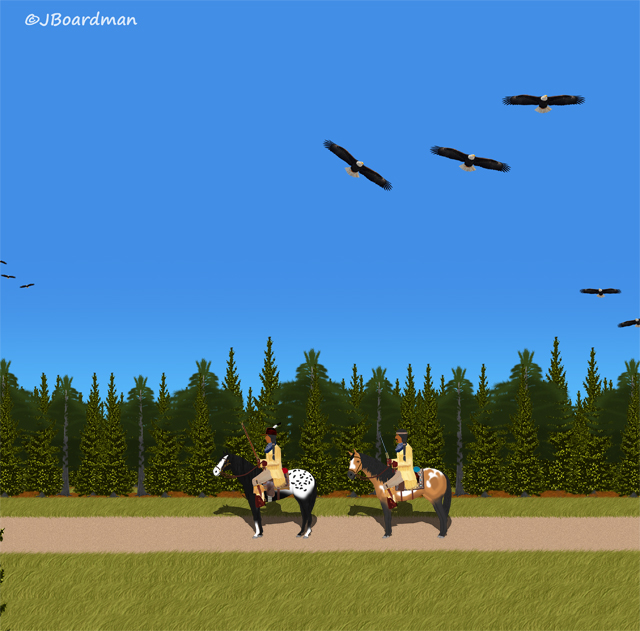 “I’m impressed,” Silverthorn replied, “Especially the off-road shortcuts through the woods—allowing us to hit and hit again.”

“Running Bear is our best tactician.”

Episode 8… Scene 3… Running Bear’s Camp… Running Bear met with the Carstairs brothers, “We have found nearly a dozen good locations to ambush our enemies, old boy, places you would never have thought of.” 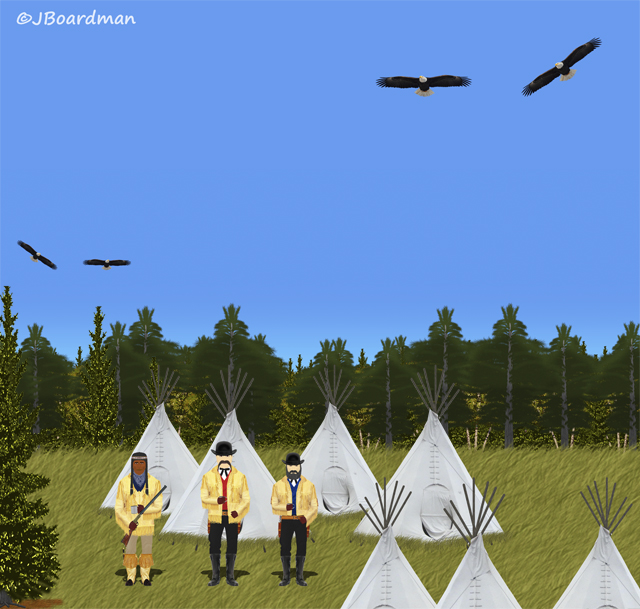 “You’re pretty confident of that?”

“You would not have found any better places, my good fellow,” Running Bear laughed, “I dare-say you haven’t the woodcraft skills.”

Episode 8… Scene 4… Inside the Posse HQ™… Debra, Linda, Boomer, Joey, Mac, and Chris were meeting—while Wyatt Earp and the others continued to look for Carstairs and company… 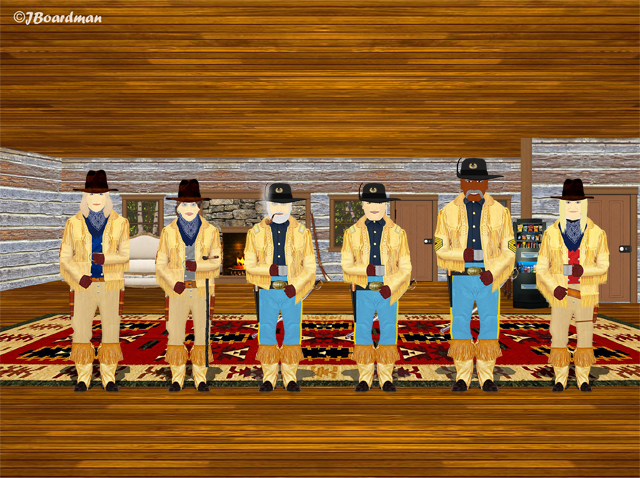