PREVIOUSLY: Carstairs was on first watch for all of five minutes before mounting his horse and heading-out to find his remaining gang-members.

He rode to his cabin and was pleased to find his gang there.

“Against the so-called Posse, yes,” Carstairs replied, “But—there are too many Indians for us to deal with.”

“Maybe we should just lay-low for a few weeks,” Jim Driscoll suggested, “The Posse hasn’t found this place.”

“Good idea Mr. Driscoll,” Carstairs replied, “And they don’t know you and the others.”

“Do you want us to mix with the locals?”

“In ones and twos, maximum,” Carstairs agreed.

“Let’s hang out for an hour or two and just listen.” 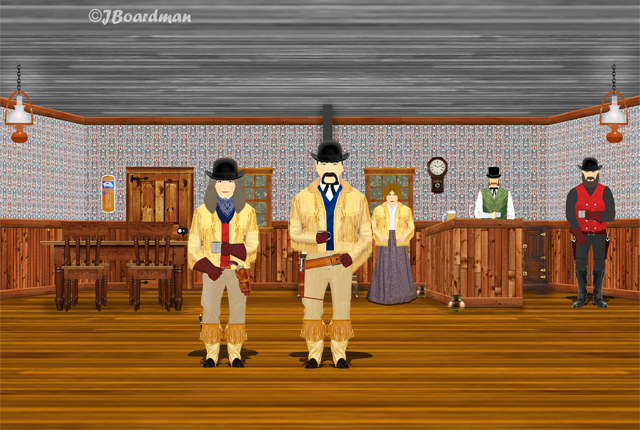 “Let’s hang out for an hour or two and just listen.”

“I agree Jim,” McCoy replied, “This appears to be a well-managed saloon.”

“Check-out that fellow wearing a red vest,” Chris whispered, “He sure looks like AJ Carstairs.” 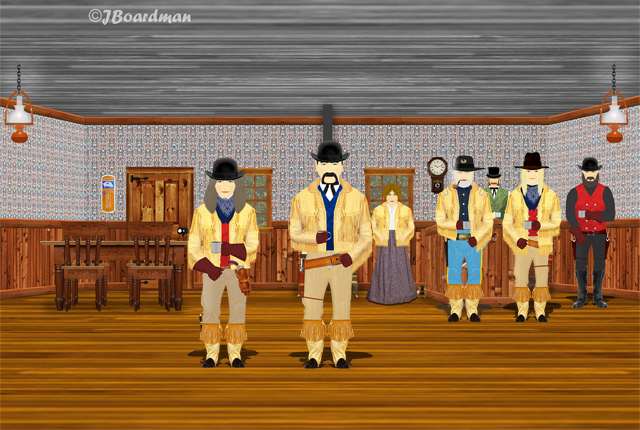 “Let’s amble over and strike-up a conversation,” Boomer suggested.

“Howdy stranger, I’m called Boomer,” Boomer said, “You look a lot like an old friend of mine.”

“We know your brother William as well,” Chris said with a truly wicked grin.

“Do you work for him?” Carstairs asked.

“No, sir,” Boomer replied, “We’re looking for him—so we can arrest him—he killed your twin.”

“No great loss,” He replied, “And good luck finding Bill.”

2 Responses to “But he died according to Jimmy Silverthorn.”