“Thank you, Mac,” Carstairs replied, “Will I be safe here?”

“My deceased dog—who has magical powers,” Boomer replied, “Along with several ‘Ghost Dogs’ who happily spy on our adversaries for us.”

“A small wonder it is, that anyone can ever defeat your Posse™!”

“We like it that way,” Linda Bryant Halvorson added.

“And showers,” Chris laughed, “No more tubs with fire-heated water.”

“Now that everybody’s posed for the image Boomer will make for this Episode 1, Scene 1,” Mac rumbled (as always), We can get down to business.

“Easy for you to say—you don’t have to look at… oh, never mind.”

“The image is done—see?” Boomer asked as he returned. 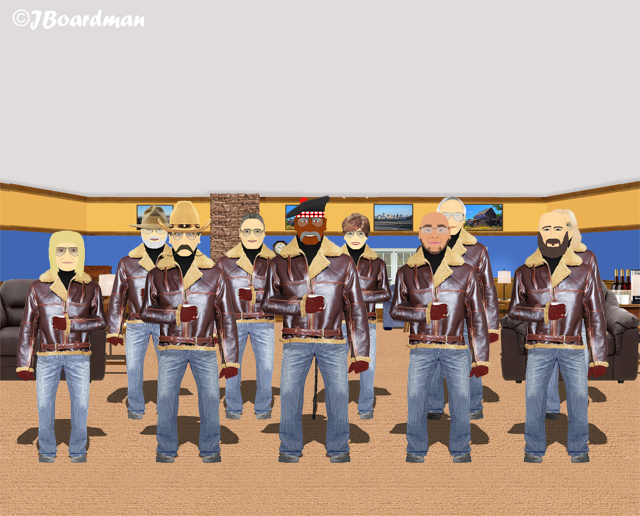 “But my hair,” Debra began to say, and then concluded, “Looks fine.”

“How did you do that, Boomer?”

“What is this ‘photoshop’ you speak of?” Al Jones asked.

“It would take the rest of this ‘Adventure’ to explain,” Boomer laughed.

“Do we get our bikes back during this ‘Adventure’?” Joey asked.

Episode 1… Scene 2… On the Road again… “Like a band of Gypsies, we go down the highway…” 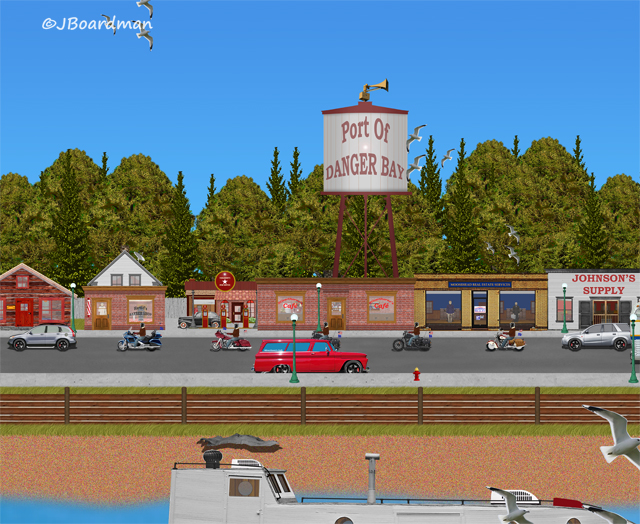 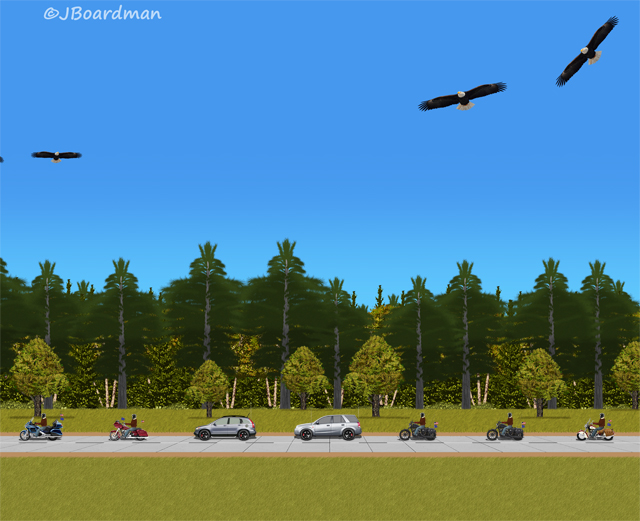 But they didn’t tarry anywhere along the road.

She didn’t care—after all, she was riding her Harley.

Everybody in the caravan seemed relaxed and enjoying the day.

They were a bit too optimistic.

2 Responses to “The image is done—see?”