PREVIOUSLY: “Like a band of Gypsies, we go down the highway…”

But they didn’t tarry anywhere along the road.

She didn’t care—after all, she was riding her Harley.

Everybody in the caravan seemed relaxed and enjoying the day.

They were a bit too optimistic.

Meanwhile—Carstairs & Company were also on the county road, some twenty miles away heading towards the Posse.

Juco had given them a crash-course in how to drive a horseless carriage—but they were far from skilled at the art.

There was more than one off-road excursion. 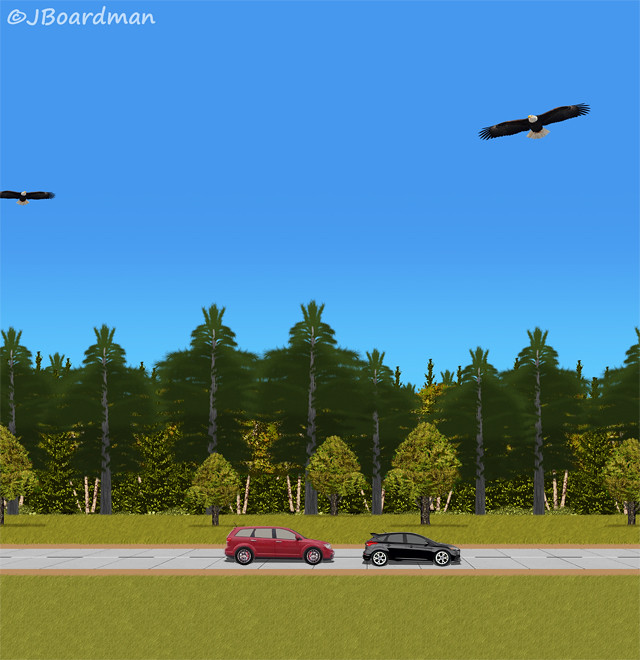 By then the Posse™ had arrived in Moosehead City to have breakfast. 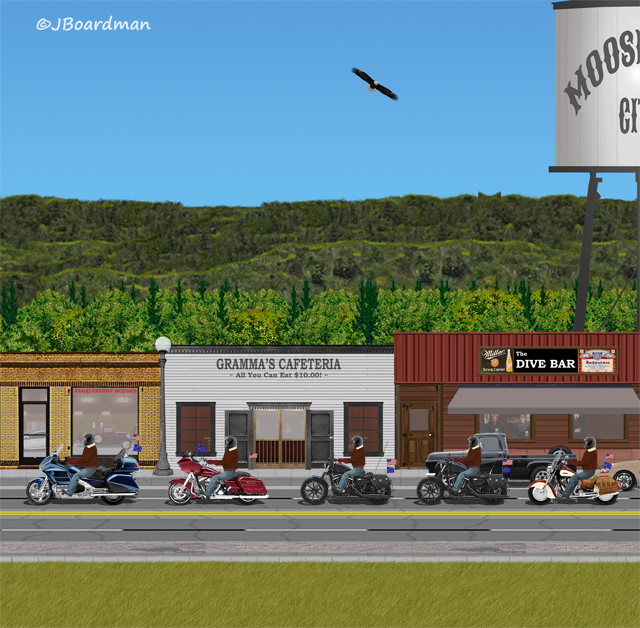 “Gratis on a Portis with Escofier-sauce, please,” Boomer grinned.

“Two over easy with bacon and hash-browns—got it, Boomer,” she replied.

The rest of the Posse™ ordered their assorted breakfast preferences and got down to the serious business of eating.

“Do you think the bad guys followed us to the 21st Century?” Linda asked.

“Of course, they did,” Chris Earp replied, “Because Juco.”

“That much is certain,” Chris agreed.

Episode 2… Scene 3… On the road outside the Posse HQ™… Carstairs and Company just happened to stop for a break precisely in front to the entrance to the Posse HQ™. 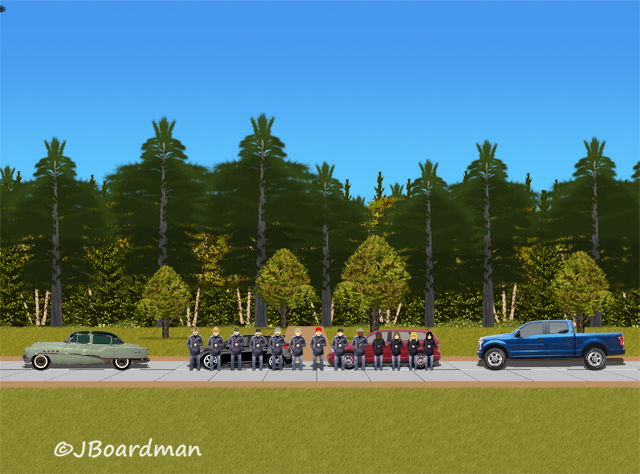 Just as fortunate—Cujo was distracting Juco at that very moment.

“To try and recruit more help—Moosehead City is the largest town in the county, and they must have some miscreants looking for work.”

3 Responses to The Posse™ stopped for breakfast at Gramma’s Café.