PREVIOUSLY: Inside the bar they found the usual bar patrons one sees in almost any bar at 10AM—many of them were, by choice, unemployed—and not certain they wanted employment.

Others were from out of town—drifters, mostly—and were just the people Carstairs was looking to find.

After completing his business (and enjoying a cheap beer), Carstairs left with his new hires.

The next item on his agenda was to find a hideout.

They were having entirely too much fun to worry about Carstairs.

And too—Cujo helped to prevent them from worrying—she felt they needed some time for fun without worrying.

She’s good like that. She KNOWS that Carstairs has become the biggest threat to the Posse™ yet—bigger than Big A, Hopkins, and all the other evil-doers they’ve ever dealt with. Combined!

Season 18—Adventure 3—21st Century Posse™—Episode 4… Scene 1… Lake Superior… The Posse™ Flew out on Lake Superior—it was a beautiful day for flying, until something caught Chris Earp’s eye, “That looks like our cruiser!” 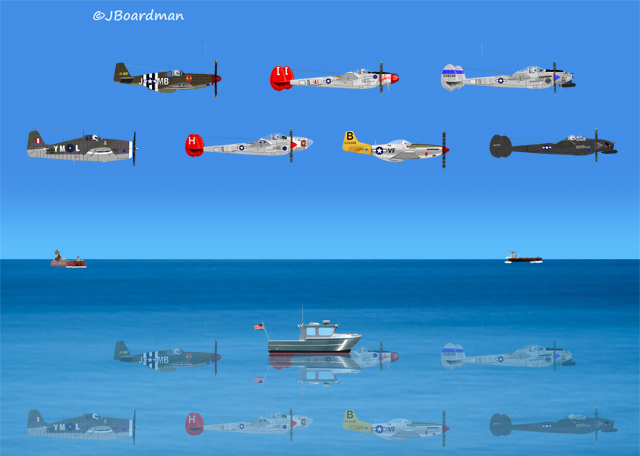 “It certainly does,” Boomer agreed, “I wonder who owns that one?”

The Posse-Flight™ circled the cruiser several times—and the cruiser’s crew appeared to ignore them.

Carstairs ordered his crew to just go about enjoying the cruise—and wave at the airplanes.

“Well—now they’re waving,” Chris observed as she wagged the P38’s wings in reply.

Everyone agreed—and our heroes flew out of range of the big .50 caliber machinegun Carstairs’ crew deployed.

Episode 4… Scene 2… The Posse™ Continued flying out on Lake Superior… They were having too-much fun to worry about Carstairs—a welcome change from dealing with Carstairs. 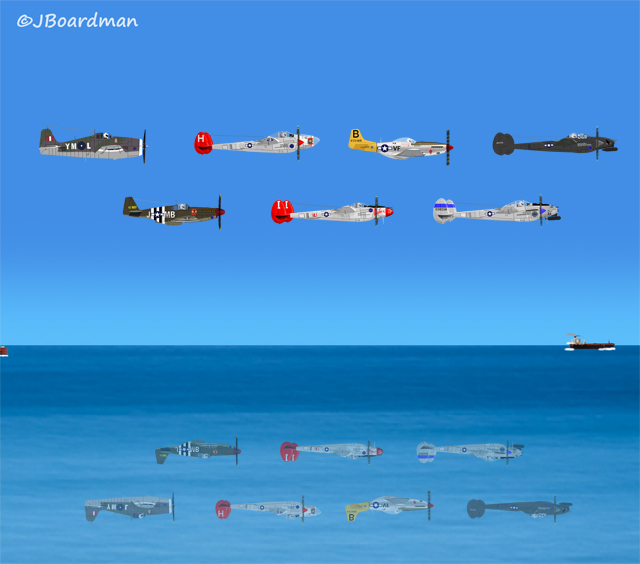 “Oh! I have slipped the surly bonds of earth,
And danced the skies on laughter-silvered wings;
Sunward I’ve climbed, and joined the tumbling mirth
Of sun-split clouds, and done a hundred things
You have not dreamed of–Wheeled and soared and swung
High in the sunlit silence. Hov’ring there
I’ve chased the shouting wind along and flung
My eager craft through footless halls of air…” Boomer quoted “High Flight” by John Gillespe Magee, Jr., an American serving in Royal Canadian Air Force during WWII.