“I can protect you from the Posse™ for only a short time.”

PREVIOUSLY: “Why did you two decide to ride with us?”

“Because they began asking questions,” Boomer replied, “We believed they were on to us.”

“We left after they gave us their plan—and telling them we’d cover any escape-routes you might take.”

“And,” Boomer added, “We were ordered to infiltrate your gang.”

Episode 9… Scene 3… Ambush on the Coast Road… Chris and Boomer were assigned to bring-up the rear of the convoy as rear guards (a good thing, Gentle Reader™), “You and Boomer follow behind us.”

The Carstairs gang rode into the trap.

The trap was sprung—and the Carstairs gang was surrounded by the Posse™ and their allies.

There was only one little problem—Carstairs was nowhere to be found. 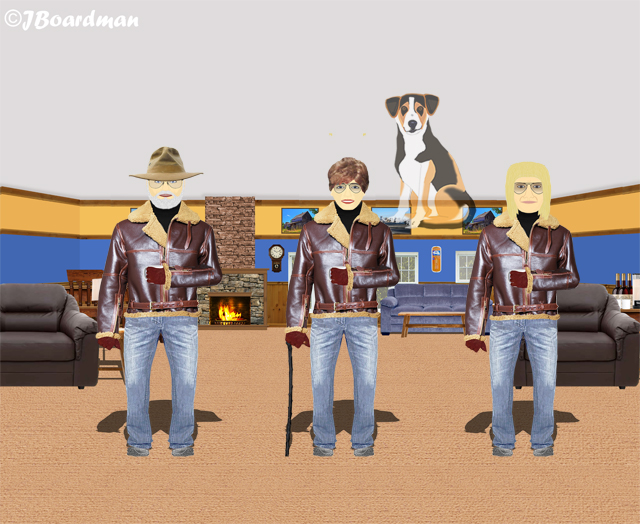 “I have no idea, Chris,” Boomer replied, “Even Cujo has no idea—right, Cujo?”

“Yes, Alpha-Boomer,” she replied, “Although I suspect Juco has something to do with it.”

“But—you’re more powerful than he is, right,” Linda asked.

“Maybe if you team-up with Miss Daisy-Legs Beagle?” Boomer asked.

“Certainly,” she replied, “And with the other Ghost-Dogs—if I can find them.”

“You don’t know where they are?” Linda asked.

“I’m about to find-out,” Cujo replied and she left.

Episode 1… Scene 2… Inside Carstairs’ New Hideout… Juco met with Carstairs, Susan Williams & Abigail Anders, “I can protect you from the Posse™ for only a short time.” 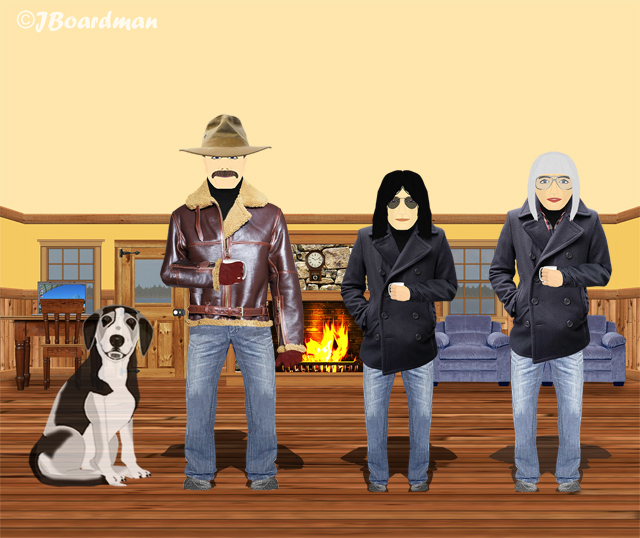 “I can protect you from the Posse™ for only a short time.”

“Because my near-twin Cujo is more powerful than I am.”

“For now—you can stay here in this cabin which I prepared for you, Bill,” He replied, “And just act like new people in the area.”

“Okay,” Carstairs replied, “Abigail and Susan are not known to the Posse and can make-nice with the locals.”

“Also, perhaps, I can change your appearance a bit—enough so the Posse™ won’t recognize you,” Juco added, “I’ll come-up with a disguise for you.”

“It had better be a good disguise, Juco.”

“You won’t recognize yourself in a mirror.”

3 Responses to “I can protect you from the Posse™ for only a short time.”