PREVIOUSLY: Inside Carstairs’ New Hideout… Juco met with Carstairs, Susan Williams & Abigail Anders, “I can protect you from the Posse™ for only a short time.”

“Because my near-twin Cujo is more powerful than I am.”

“For now—you can stay here in this cabin which I prepared for you, Bill,” He replied, “And just act like new people in the area.”

“Okay,” Carstairs replied, “Abigail and Susan are not known to the Posse and can make-nice with the locals.”

“Also, perhaps, I can change your appearance a bit—enough so the Posse™ won’t recognize you,” Juco added, “I’ll come-up with a disguise for you.”

“It had better be a good disguise, Juco.”

“You won’t recognize yourself in a mirror.”

Season 18—Adventure 4—The Hunt—Episode 2… Scene 1… Inside Carstairs’ New Hideout… After Juco & Carstairs left—and returned… As they returned Carstairs was a new man—so to speak. 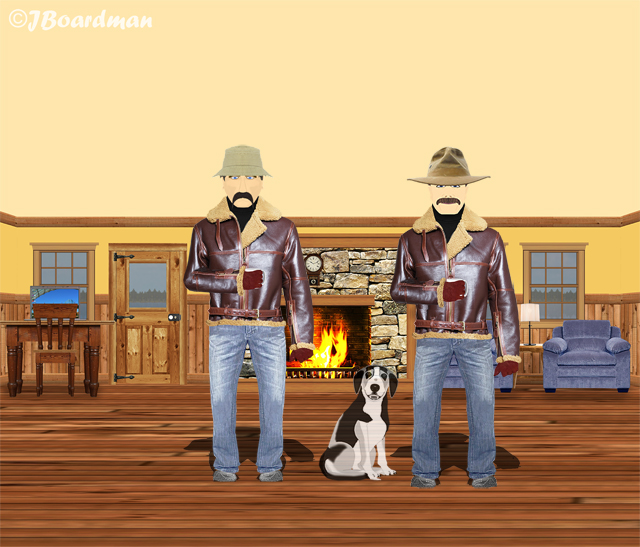 “Whoa!” he exclaimed, “The so-called Posse won’t recognize me!”

“Only for a week or so,” Juco replied, “As soon as Cujo notices—your appearance will revert.”

“We’ll have to move quickly, then,” Carstairs agreed, “I’ll befriend the Silverthorn family, and maybe even this Boomer and Chris Earp—they’ve hurt us the most.”

Episode 2… Scene 2… Inside Silverthorn’s… Carstairs couldn’t notice the transparent Cujo…  But—Cujo advised her friends to play along with him. 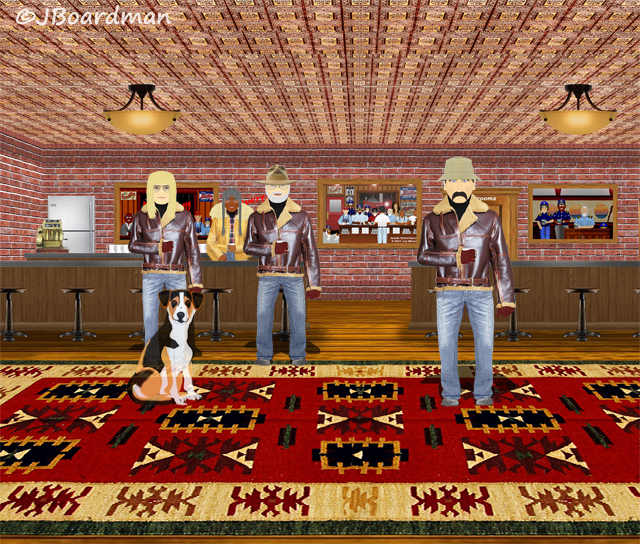 “Good morning,” Kiwi replied, “May I help you?”

“We’re Retired™,” Boomer replied, “Chris and her husband, Wyatt, and I live in a senior complex just outside Danger Bay.”

“It overlooks the bay and has a wonderful view of the lake,” Chris added.

It would take Carstairs hours to realize he’d been well and properly fooled.

2 Responses to The new and the old Carstairs appeared together briefly.