“It’s time to break you out of here.”

“Good morning,” Kiwi replied, “May I help you?”

“We’re Retired™,” Boomer replied, “Chris and her husband, Wyatt, and I live in a senior complex just outside Danger Bay.”

“It overlooks the bay and has a wonderful view of the lake,” Chris added.

It would take Carstairs hours to realize he’d been well and properly fooled. 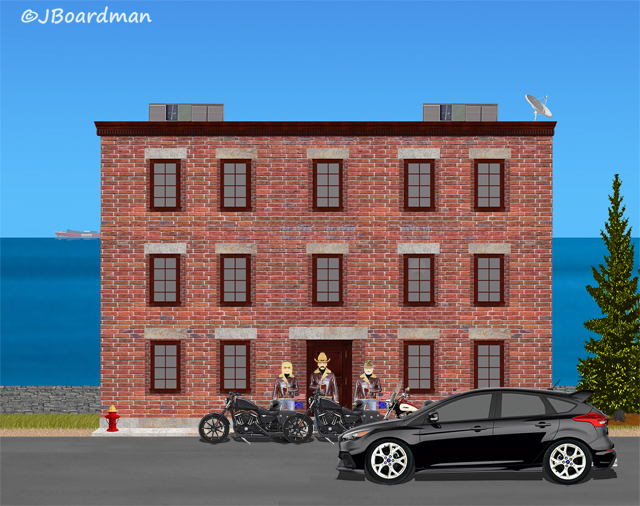 And saw Boomer, Chris and Wyatt Earp standing outside the entry to one of the units—thus confirming what Boomer said.

Our heroes wisely, paid no attention to his passing-by.

“They didn’t lie about where they are living,” Anders observed, “They appear to be just as they claimed.”

“I expected as much,” he replied.

As they drove off—Cujo materialized, “Good news, Alpha-Boomer—I found Juco and sent him into another dimension—from which he can’t escape any time soon.”

“He remains in the witness protection program at an undisclosed location; perhaps I can work a little magic, and assume the identity of Juco…”

“… And release him,” Boomer finished her thought.

Episode 3… Scene 2… Inside Big A’s Witness Protection Apartment… “It’s time to break you out of here.” 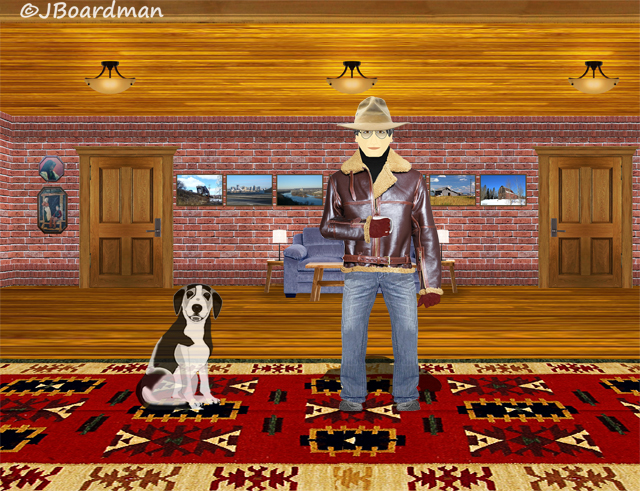 “It’s time to break you out of here.”

“Who are you?” Simpson asked.

“That doesn’t matter,” Cujo/Juco replied, “What matters is that you are needed in the war against the so-called Posse™!”

“You have my attention,” Simpson replied, “Who else is involved?”

“I’ve heard of them, but only back in the 19th Century when you’ve transported me there.”

“One last thing,” Cujo/Juco added, “Do not reveal to anyone our conversation—including me.”

3 Responses to “It’s time to break you out of here.”