“This is your new home.”

PREVIOUSLY: Inside Big A’s Witness Protection Apartment… “It’s time to break you out of here.”

“Who are you?” Simpson asked.

“That doesn’t matter,” Cujo/Juco replied, “What matters is that you are needed in the war against the so-called Posse™!”

“You have my attention,” Simpson replied, “Who else is involved?”

“I’ve heard of them, but only back in the 19th Century when you’ve transported me there.”

“One last thing,” Cujo/Juco added, “Do not reveal to anyone our conversation—including me.”

(Beginning with this “Episode,” Gentle Reader™, we’ll have just one “scene” each episode, as we concentrate on character development, and the fact we post 5 days a week.)

Season 18—Adventure 4—The Hunt—Episode 4… Inside Big A’s New Hideout… “This is your new home.” 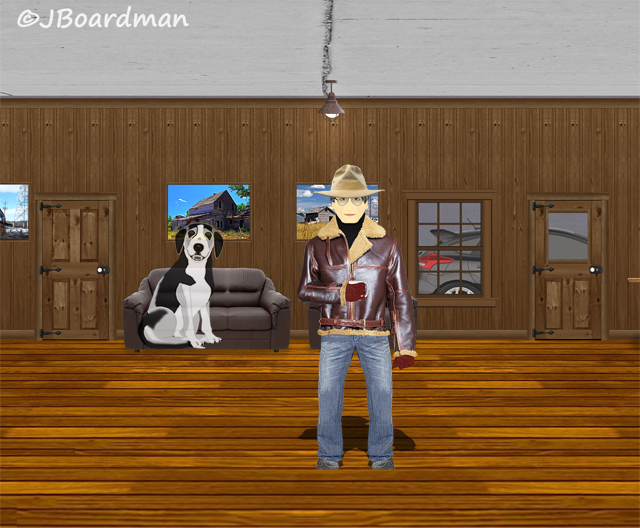 “This is your new home.”

“You don’t need him—he wasn’t on your side.”

“He worked for Carstairs,” Cujo/Juco replied, “I sent him back to Carstairs.”

Cujo/Juco paced the floor—thinking the matter over. You know, Gentle Reader™ even entities sometimes must ponder their replies to a question.

“I think,” Cujo/Juco said—after several minutes of pacing, “You need to recruit your own gang—I will help you with your recruiting.”

“Where should we do our recruiting?”

“We’ll start with the dive bars and saloons in Moosehead County, and then, if necessary, head down to the Twin Cities.”

The more he paced—the better he liked the idea.

He hated the fact the Carstairs usurped his position as “head bad-guy” on the Port of Danger Bay, Minnesota blog.

He went so far as to read on the blog the following: “Episode 3… Scene 2… Over Moosehead City…She’s good like that. She KNOWS that Carstairs has become the biggest threat to the Posse™ yet—bigger than Big A, Hopkins, and all the other evil-doers they’ve ever dealt with…”

2 Responses to “This is your new home.”