PREVIOUSLY: “Any of you guys looking for work?” Big A asked, “The kind of work that could be described as dangerous.”

“No,” Simpson replied, “That’s why I waited for him to leave—he’s kind-of a goodie two-shoes.”

“He isn’t all that bright.”

“Good,” Simpson replied, “Follow me to my place and I’ll get you all set-up.”

“I expect we can’t come back here for drinks,” Walsh replied.

“Correct—I have a fully-stocked bar at my place.” 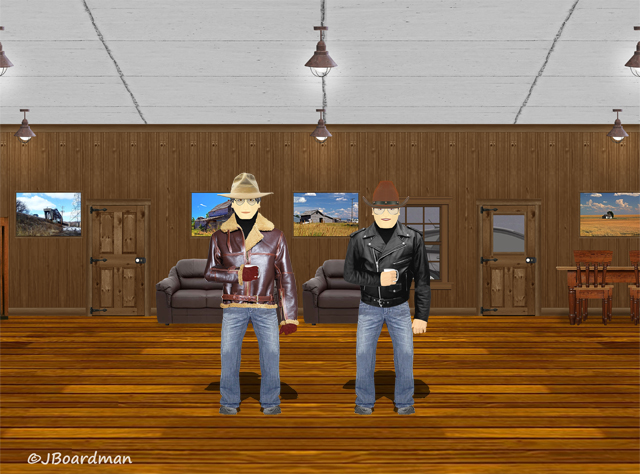 Simpson paused before answering—he really didn’t have plan, “Before I answer, I’d like to know what you think we should start with.”

“You’re correct, Mr. Walsh,” Simpson replied, “This is our most critical chore—suggestions?”

Walsh had to think a bit before replying—he really didn’t know anybody nearby they could count on, “There’s nobody around here that I can think of—perhaps a trip down to the Twin Cities would be in order.”

“What about your local friends?”

“They’re not trustworthy,” he replied, “They have a too-close relationship with alcohol.”

“That is NOT a good reference,” Big A agreed.

“Do it,” Simpson replied.

Just then—the doorbell sounded—Big A looked at his monitor, “Oh CRAP—Boomer & Chris are at the door—go into the garage and stay out of sight!”

“Well—look who’s here,” he said into the intercom, “Are you here to hassle me?”