“You and Chris Earp need to join my gang.”

Simpson went into his office to make several phone calls.

“I think—if Cujo did her job—he’ll be impressed with our résumé.”

Simpson made a dozen or more calls to his “sources,” some of whom were under Cujo’s control—and received mostly confirmation of their turning to the dark-side.

Even the Silverthorn family confirmed Boomer & Chris had turned outlaw.

“They have become criminals,” Marshal Hiram Silverthorn, Jr. angrily confirmed, “I have issued arrest warrants on them.”

Simpson was convinced they’d gone rouge, “Okay—even Marshal Silverthorn is out to get you—you’re hired.”

“Go home and remain available for now,” he replied, “But—I’ll likely put a hit out on McIntyre for you to accomplish.”

Season 18—Adventure 4—The Hunt—Episode 8… Boomer & Big A in Boomer’s Cabin… “You and Chris Earp need to join my gang.” 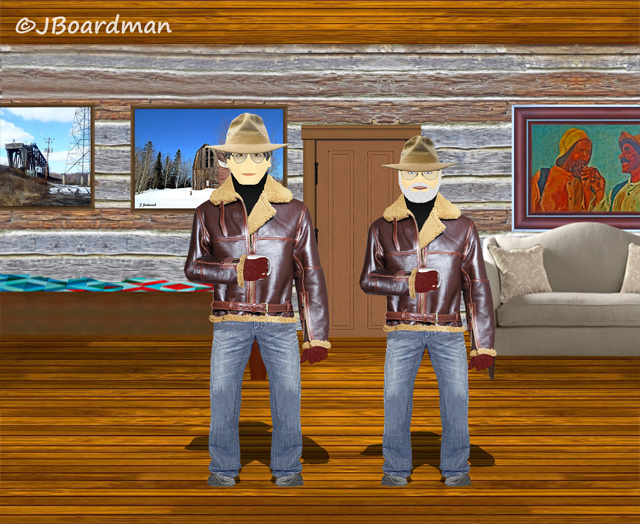 “You and Chris Earp need to join my gang.”

“An equal cut of our profits,” Big A replied, “I need your skills to take-out Carstairs.”

“Not really,” Simpson grinned, “He’s lost the confidence of his gang.”

Boomer sensed Simpson’s confidence was an act, as he paced the floor a bit—as if he were considering what he’d said.

Just as Boomer was about to speak—Chris Earp arrived. 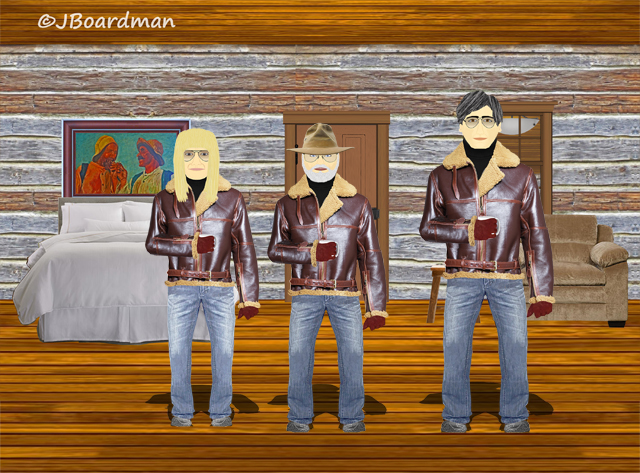 Boomer laughed—this was SO Chris.

“Now, I know Boomer is quick with his Remington—what about…”

Chris’ Colt .45 semi-auto pistol was pointing at Simpson’s head before he could finish his sentence, “Fast enough?”

“We WILL be equal partners—right?”

Boomer and Chris looked at each other—communicating, “Got him,” without words.

2 Responses to “You and Chris Earp need to join my gang.”