PREVIOUSLY: “Am I late?”

Boomer laughed—this was SO Chris.

“Now, I know Boomer is quick with his Remington—what about…”

Chris’ Colt .45 semi-auto pistol was pointing at Simpson’s head before he could finish his sentence, “Fast enough?”

“We WILL be equal partners—right?”

Boomer and Chris looked at each other—communicating, “Got him,” without words.

Season 18—Adventure 4—The Hunt—Episode 9… After Simpson left Boomer’s Cabin… “Well, Boomer, what do you think?” 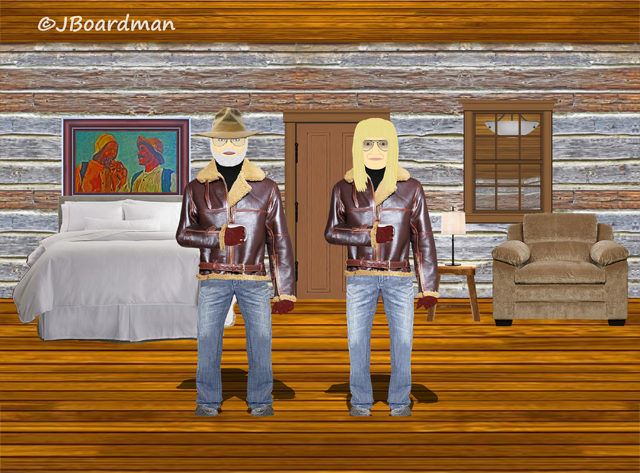 “Well, Boomer, what do you think?”

“I think we’re going to have some fun.”

“Roger that,” Chris replied, “We need to contact the rest of the Posse™ and inform them of what’s going down.”

“Of course—why didn’t I think of that?”

“You were too satisfied at how you handled Biggass.”

“You mean—after we take Carstairs out?”

It was then the Big Mac—almost on cue—arrived at the cabin, “My ears are burning—were you talking about me?”

“Why yes—yes we were,” Chris replied, “We’re going to kill you.” 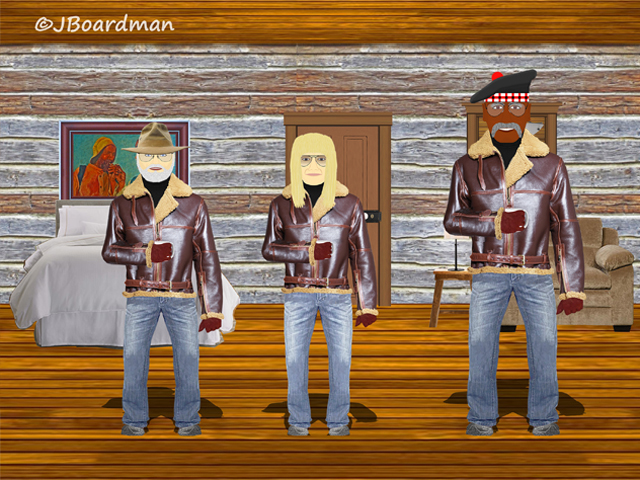 Mac replied with his rumbling laugh, “Oh—is that all—you had me worried for a split-second.”

“You do know—you have to die?”

“We’ll have an ambulance arrive at your place and leave—spreading a rumor that you were shot,” Boomer said, “And later the news that you didn’t survive a shooting.”

“Where do dead people go on vacation?”

“Wherever they want, Mac,” Chris quipped.

“Collie and I were just talking about Hawaii,” Mac grinned, “That’s where we’ll ‘hide,’ unless dead-guys are not allowed in the islands.”

4 Responses to “We’re going to kill you.”