“Have we found Simpson’s headquarters yet?”

Previously: “Without causing any collateral casualties,” Chris replied, “If that happens—we’ll eliminate all of you—without hesitation.”

“You can’t be serious,” Keller said with a wicked grin, “Just try.”

Chris Earp had her Colt .45 semiautomatic pistol out in less than an eye-blink, “You THINK?”

“O-o-okay,” Keller stuttered, “I get the message.”

“Well, Allen,” Boomer wickedly grinned, “At least until Carstairs and his bunch are dealt-with—you’ll be on our good-side.”

“How else can we continue this blog?” Boomer grinned, “The enemy you know.”

“I’ve never killed anyone without cause,” Simpson said.

“No—you have not,” Chris wickedly grinned, “That’s why we prefer you over Mr. Carstairs.”

“And if we’re successful?”

“You’ll leave Moosehead County—and be someone else’s problem,” Boomer grinned, “That someone else can do what they will with you.”

Season 18—Adventure 4—The Hunt—Episode 11… Inside Carstairs’ HQ… “Have we found Simpson’s headquarters yet?” 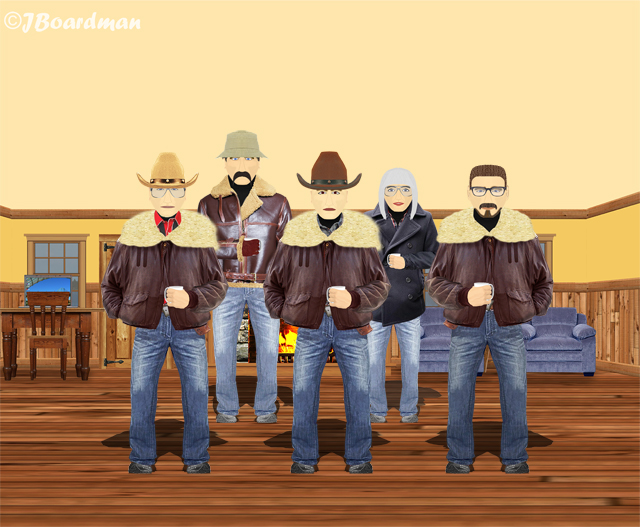 “Have we found Simpson’s headquarters yet?”

“Maybe he was sent out of the county,” Abigail Anders speculated, “The Posse has done that in the past.”

“What about McIntyre?” Carstairs asked, “Juco wants him dead.”

Carstairs paced the floor—silently contemplating their next move:

Should they confront the Posse?

Should they find and eliminate Simpson?

Everyone prepared—guns were checked—a few prayers were said—and with all the usual banter of professional-killers—they were ready move-out. 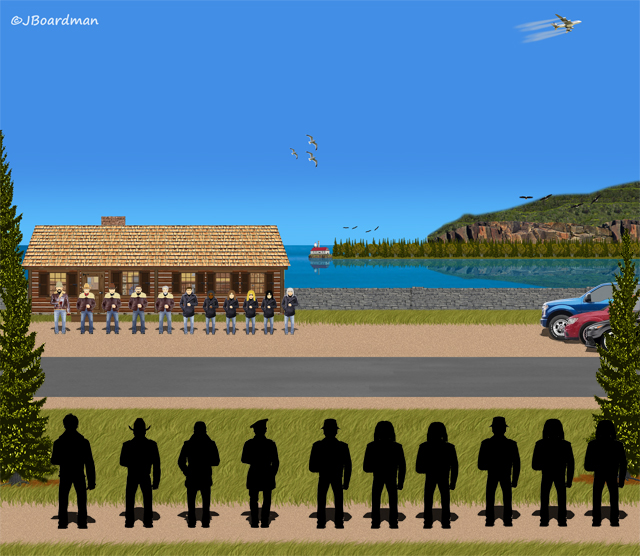 Simpson and his gang were lying-in-wait on the hill across the road.

Thus, this Adventure ends but—Our story will be Continued…

3 Responses to “Have we found Simpson’s headquarters yet?”