Previously: “What about McIntyre?” Carstairs asked, “Juco wants him dead.”

Carstairs paced the floor—silently contemplating their next move:

Should they confront the Posse?

Should they find and eliminate Simpson?

Everyone prepared—guns were checked—a few prayers were said—and with all the usual banter of professional-killers—they were ready move-out.

Simpson and his gang were lying-in-wait on the hill across the road. 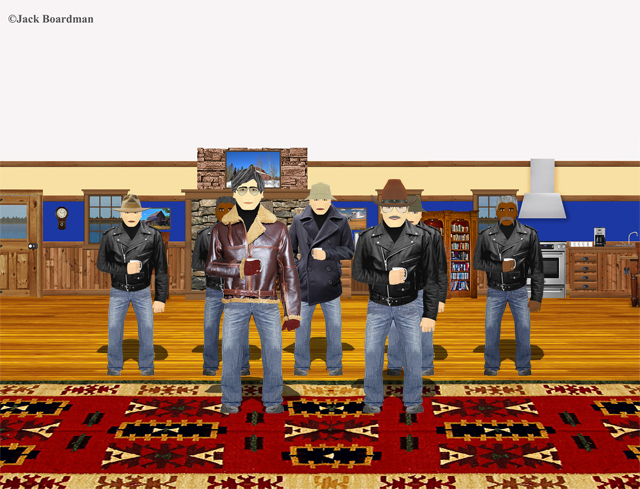 “Assimilate into Moosehead County,” Simpson replied, “Find homes or apartments, mix with the locals and if possible, find jobs. Most importantly—do NOT break any laws.”

“Easy for you to say, Mr. Simpson,” Joe Keller replied, “You have money.”

“You will each receive a stipend to cover your expenses—I have funds set-aside just for that purpose.”

“I hear there’s an outfit called ‘The Posse’ that makes life miserable for folks like us,” Wilson observed, “what then?”

Simpson laughed, “For now, they’re on my side—they set-up Carstairs for us to take-down.”

“Why would they do that?”

“Because Carstairs was the biggest threat to Moosehead County they’d ever had to deal with,” Simpson grinned, “As Boomer said to me ‘I much prefer you, Big-Ass, to Carstairs—the enemy we know’.”

“Ah, forgive me, Joe,” Simpson replied, “Gentlemen—Joe is my second in command—if he tells you to do something—you do it.”

“Okay, fellas,” Keller grinned, “Get out of here and get busy with your orders.”

Episode 1—Scene 2… Outside Simpson’s Cabin… “Okay, Gentlemen, you have your orders,” Keller said, “Get out there and get them done.” 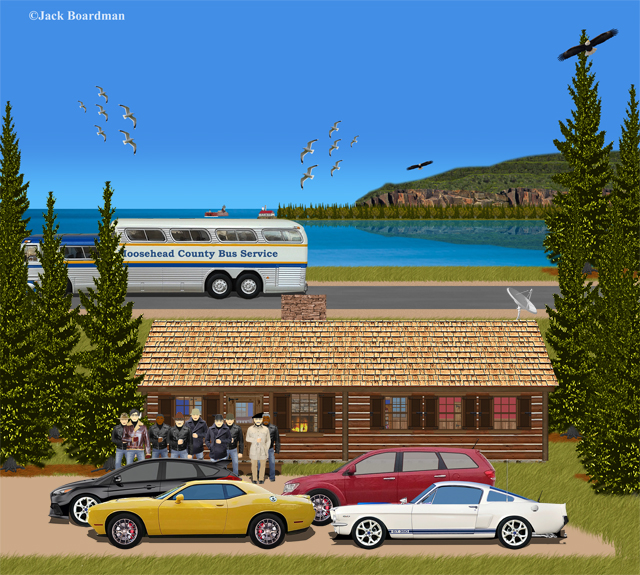 “Get out there and get them done.”

The new Simpson gang did just that— Gentle Reader™.

They spread-out and began the process of assimilating themselves into Moosehead County life.