Previously: “Why would they do that?”

“Because Carstairs was the biggest threat to Moosehead County they’d ever had to deal with,” Simpson grinned, “As Boomer said to me ‘I much prefer you, Big-Ass, to Carstairs—the enemy we know’.”

“Ah, forgive me, Joe,” Simpson replied, “Gentlemen—Joe is my second in command—if he tells you to do something—you do it.”

“Okay, fellas,” Keller grinned, “Get out of here and get busy with your orders.”

Episode 1—Scene 2… Outside Simpson’s Cabin… “Okay, Gentlemen, you have your orders,” Keller said, “Get out there and get them done.”

The new Simpson gang did just that— Gentle Reader™.

They spread-out and began the process of assimilating themselves into Moosehead County life.

Season 18—Adventure 5—SIMPSON—Episode 2—Scene 1… Inside the Boomer’s cabin and alternate Posse HQ™… All Posse-members except Big Mac were at the meeting—he & Collie remained on vacation for their own protection, even though Carstairs had been eliminated. They were simply having too good a time. 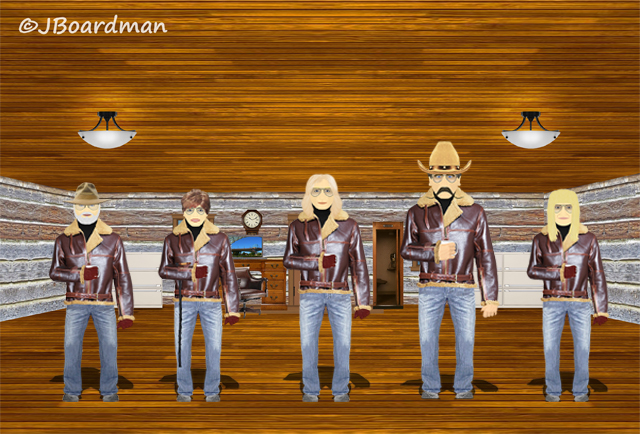 “Not long, I suspect,” Linda added, “But I think he’ll take his time—and if he does break the law—it won’t be around here.”

Debra added, “He’ll likely travel some distance away, and, perhaps do a little scamming to make money—scamming people who are themselves scammers.”

“I think you’ve nailed it,” Wyatt Earp agreed, “They’re unlikely to go to the police.”

Episode 2—Scene 2… Inside a Moosehead City Bar… Simpson met with Pete Peterson and Bernard Hampton, “Gentlemen—I’m prepared to make you an offer you’d be foolish to reject.” 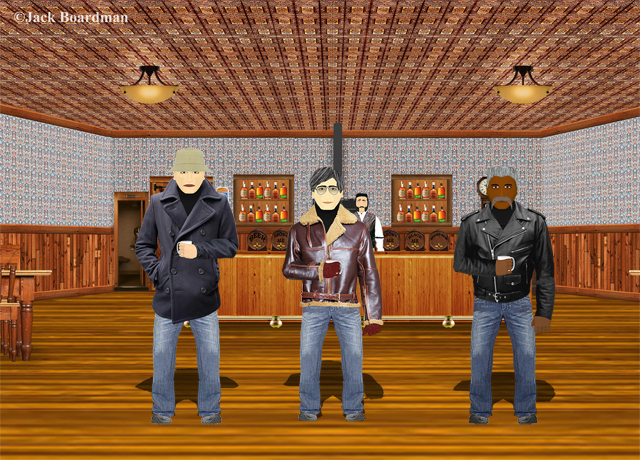 2 Responses to “How long do you think Simpson will wait until going rogue?”