Previously: “Why would he do that?” He asked himself—and decided that Juco must have a plan—one that he—Allen Stanley Simpson, had to somehow defeat.

“You’re right, Joey, I can’t,” Simpson replied, “I believe Juco was planting paranoia into my thoughts; I am sorry.”

“Our ‘deity’ has turned against us?”

“So, it would seem,” Simpson replied, “We need to pack-up and get out of this place, now.”

“Something’s happening here—what it is ain’t exactly clear,” Wyatt, channeling the Buffalo Springfield song, whispered as the two watched Simpson and company depart, “Let’s notify our friends and follow Simpson and his friends.”

Season 18—Adventure 5—SIMPSON—Episode 9—Scene 1… Wyatt & Chris arrived Inside the Posse HQ™… “They’re on the road,” Chris Earp said, “We were only able to follow them a short distance before they disappeared—I believe Juco may have interfered on their behalf.” 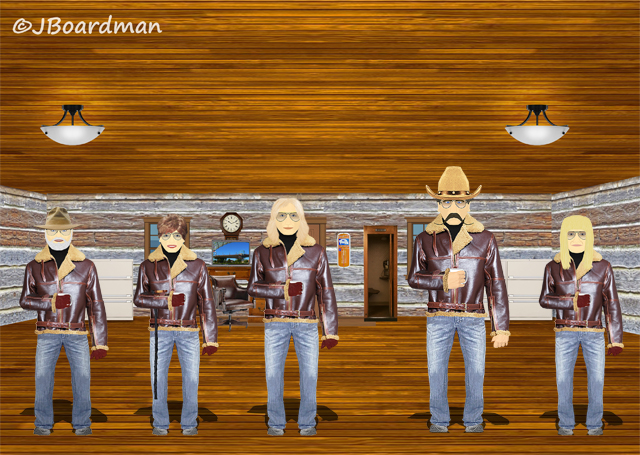 “Where could they possibly go?” Boomer asked, rhetorically.

(Now THAT, Gentle Reader™ is the QUESTION!)

“Perhaps back to his Bloomington hideout?” Debra asked.

“I suspect not,” Linda said, “That would be too easy.”

“Someplace we won’t find easily,” Boomer agreed, “In the meantime—let’s have a cook-out at my place.” 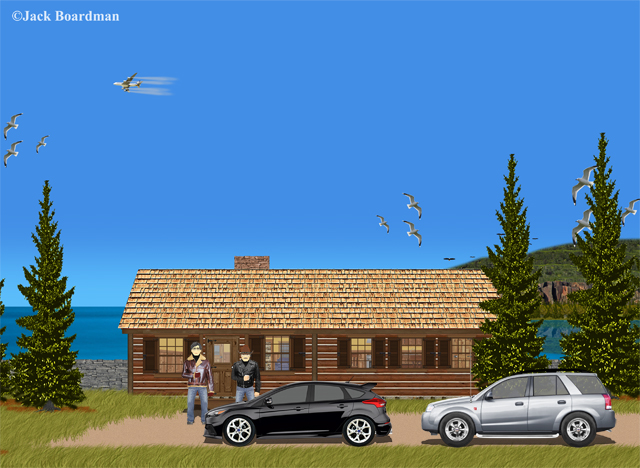 With two levels: main floor and a finished basement—it could house the entire current gang.

If more members are hired there’s plenty of room in the woods for tents.

“I think this place is perfect,” Simpson replied, “Now—we need to keep that nosey Posse from finding it.”

“We still have our fake credentials, right?”

6 Responses to “They’re on the road…”