Previously: “What do you think, Gentlemen?”

“I think,” Fred Foster replied, “This may be the best-yet headquarters.”

“I want everyone to familiarize yourselves with the area,” Simpson instructed, “Drive around the area and beyond and mind your manners.”

“And for sure,” Joey Keller added, “Stay out of the bars.”

“Boomer & I failed to find them, Chris” Mac sighed, “We covered many-many square miles—there was simply too-much territory to cover.”

“I think we should begin a ground-search,” Linda suggested, “Each of us on motorcycles and riding in twos.”

The Posse™ paired-up: Chris & Wyatt, Boomer & Mac, Debra & Linda, and they headed-out to look for Simpson.

(That’s a LOT of territory to cover, Gentle Reader™)

Season 18—Adventure 6—Simpson On the Run—Episode 4—Scene 1… Moosehead County Back-roads… Boomer & Mac were on the back roads—protected from the dust generated by their bikes and other traffic, “Well—this is fun!” 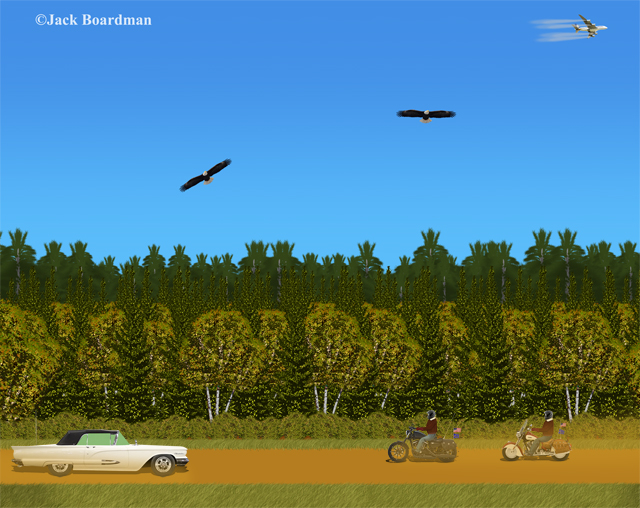 “It so would—but we’d have to actually see them.”

“There is that,” Mac rumbled, “But—we have to make the effort.” 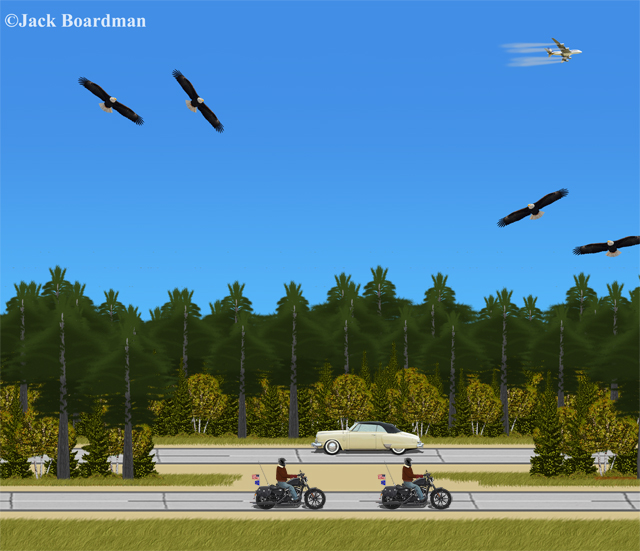 “We have to check the highway, unfortunately,” she added, “We might just get lucky—let’s speed-up.”

Episode 4—Scene 3… Debra & Linda on the two-lane highway—in Debra’s NEW Hot Rod… “Ah—driving along in the air-conditioned comfort of your hot-rod, Debra.” 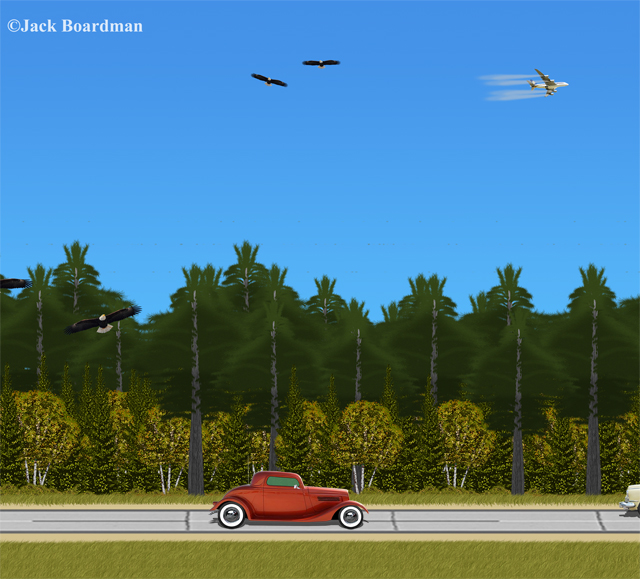 “Ah—driving along in the air-conditioned comfort of your hot-rod, Debra”

“You know—something will happen to muck things up.”