Previously: “My butt is beyond sore,” Boomer complained, “When we go out again—it will be in the Mustang!”

“That won’t hurt my feelings in the least.”

“As long as you let me drive—once in a while.”

The rest of the Posse™ began to return—all reported, “No Joy.”

It was clear that Simpson, so far, had eluded them, “What’s next?”

“Mac & I are heading-out to the Moose Lake and Sturgeon Lake area,” Boomer added, “Perhaps you all can pick an area to check?”

“Maybe up to Grand Marais?” Chris Earp suggested, “Wyatt and I need some time there.”

“At worst it will be a short vacation,” Wyatt added.

“We could all use some vacation time,” Linda grinned, “Simpson will just have to wait until we return to irritate us.”

“You know,” Chris Earp added, “Ignoring Simpson will bug him beyond anything else we might do.”

“It certainly will,” Mac agreed.

Boomer & Mac drove slowly into town and parked, “The place hasn’t changed much over the years—it looks the same as when I used to spend time on my aunt and uncle’s farm in the fifties.” 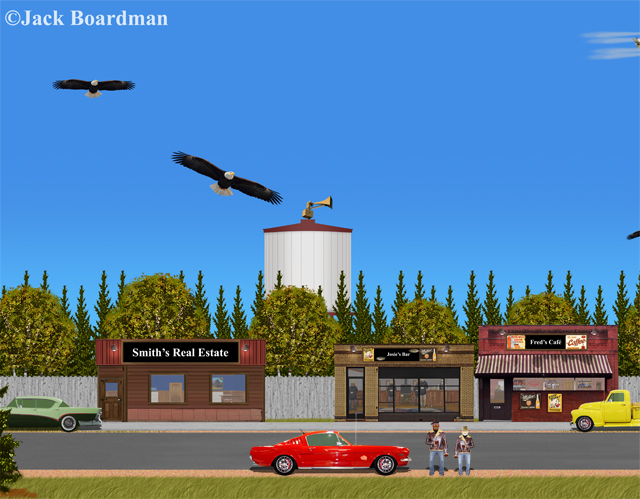 “Indeed, it has, Mac,” Boomer replied, “Let’s visit the bar—I could use an Ale.”

Episode 6—Scene 2… Inside Josie’s Bar… Our heroes went to the bar and ordered a beer each, “Except for the thin hair and beard, I’d swear you used to stay at the Carroll farm.”

Boomer studied the barkeeper for a moment, “You’re an Armstrong?”

“I am, indeed, Leslie Armstrong, and you’re Jackie Boardman.”

“I am,” Boomer replied, “And all the Carrolls are gone now: Johnny and Florence, and their son and daughter.”

“I’m sorry to hear that,” he replied, “Here’s your beers, fellows, enjoy.”

Mac and Boomer walked away from the bar—and were approached by two men, “You fellas ain’t from around here.” 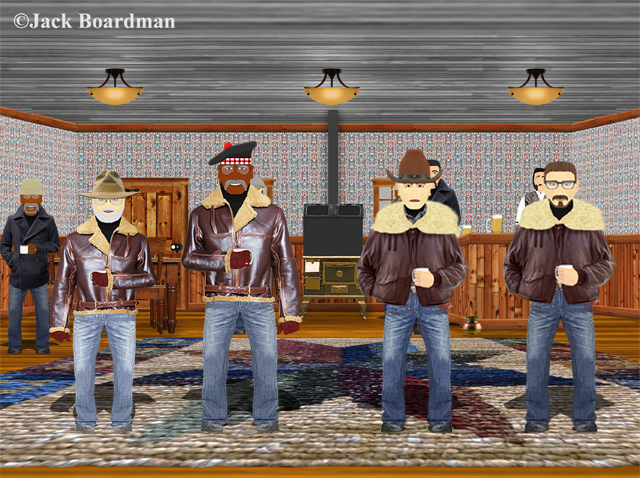 “You fellas ain’t from around here.”

“No sir,” Mac rumbled, “We’re from near Grand Marais.”

“We don’t much like strangers hereabouts, mind your own business.”

Both Mac and Boomer realized they’d found a couple of Simpson’s men—they didn’t fit the Sturgeon Lake personality at all.

“Gentlemen, mind your manners,” Mac said, “Unless you want me to remove your faces and cram the where the sun doesn’t shine.”

Both men’s eyes widened—and they quickly walked away.