Previously: “Not well,” Johnson replied, “There aren’t many men around here to consider—and the ones we could consider are too stupid.”

“Okay,” Simpson said, “Joey, you and Jim head for the Twin-Cities and find the best available people—you know where to look.”

After they left, Simpson asked, “Are there any men you would consider on a temporary basis?”

“There are two that I would consider—they hang-out at Josie’s Bar,” Jim Johnson replied.

“What kind of work?” Peterson asked.

“The kind of work that if you’re caught—it could result in a long stay at the Crossbar Hotel,” Johnson replied.

“We pay well,” Simpson added, and quoted an amount.

“That sounds good-enough for me,” Peterson said, “How about you, Eric?”

Season 18—Adventure 6—Simpson On the Run—Episode 8—Scene 1… Meanwhile in Mac’s Sturgeon Lake Motel Room… “My bat-sense tells me Big A is in town.” 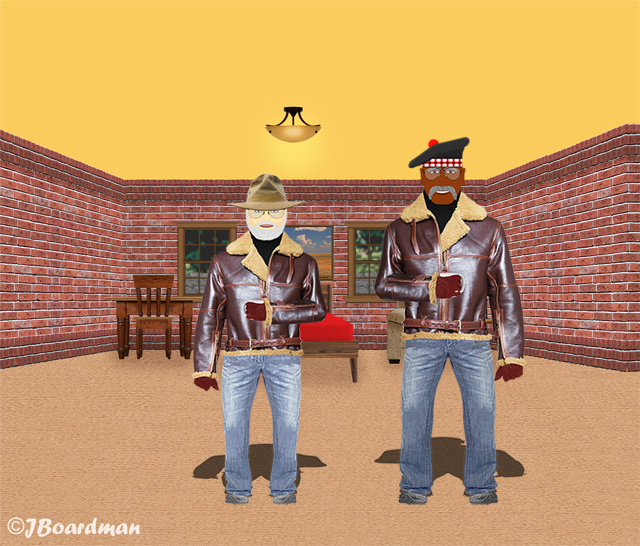 “My bat-sense tells me Big A is in town.”

“Really, Mac?” Boomer asked, “Does your ‘bat-sense’ tell you where?”

“Not yet, Boomer—but it will.”

“This is exactly the kind of place Simpson would pick to hide—in a small off the beaten path village,” Boomer agreed, “Let’s return to Josie’s.” 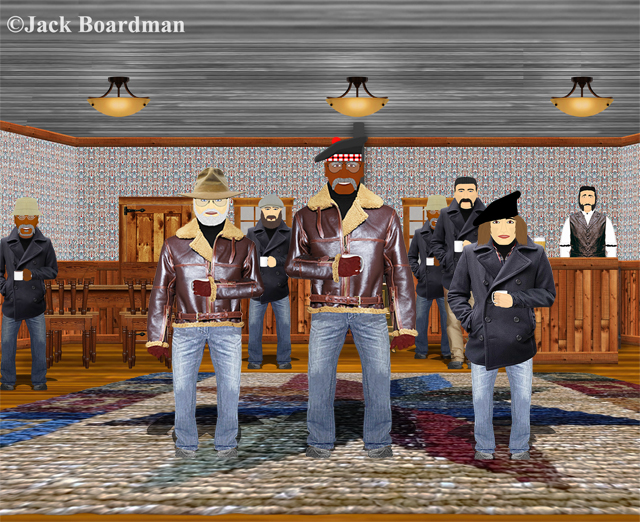 “Hey, Les,” Boomer smiled, “Have you seen a big fellow, nearly as big as Mac, in here?”

“Yes, I have,” Armstrong replied, “A fellow matching that size was here hired the same two fellas who were giving you guys a hard time.”

“Thank you, Les,” Boomer replied, as the two left the bar.

“I’ll contact our friends—and get them on their way here as we scout-out the farmhouse.”

“Too bad, Mac,” Boomer replied, “We have the Mandarin Mustang, she’s pretty-hard to hide.”

“We’ll just do a drive-by—they’re unlikely to see us.”

Our heroes did just that—and, as luck would have it—they weren’t seen.

They returned to the motel and contacted the Posse™.

“We’re on our way, Boomer,” Chris grinned at the thought of going into action.”

4 Responses to “Welcome back.”