Previously: Keller’s bat-sense informed him—the two men standing away from the bar fit his internal people-judging skills to a tee, “By chance are either or both of you two looking for work?”

“We might be,” the taller of the two replied, quietly, “But we’d rather discuss this outside.”

When they went outside—the tall fellow got right to the point, “You are hiring people to do illegal things, right?”

Taken aback, Keller replied, “What gave you that idea?”

“Experience,” the tall fellow replied, “I can spot a fellow crook from a mile away.”

“You don’t strike me as a boss—who would that be?”

Season 18—Adventure 1—Searching for Simpson—Episode 3—Scene 1… Inside a large Cabin in the woods… “This will be your new home, gentlemen,” Keller said, “There are four bedrooms upstairs.” 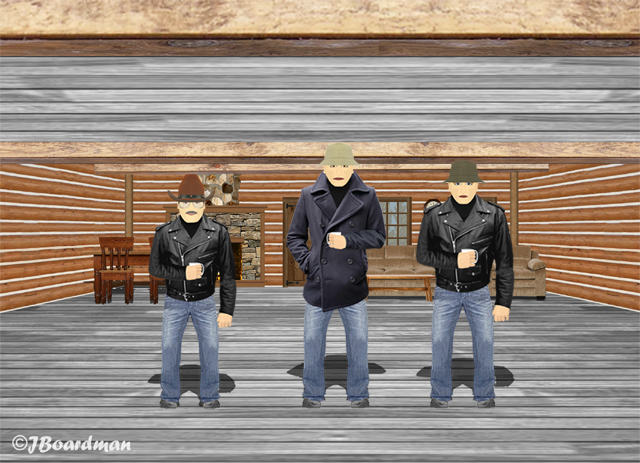 “There are four bedrooms upstairs.”

“When do we meet your boss?” Fred Foster asked.

“You already have” Keller replied, “Me.”

“I have difficulty believing you,” Jim Johnson said, “You don’t look the part.”

“Deal with it,” Keller grinned, as he headed for the door, “Or not—I don’t care.” 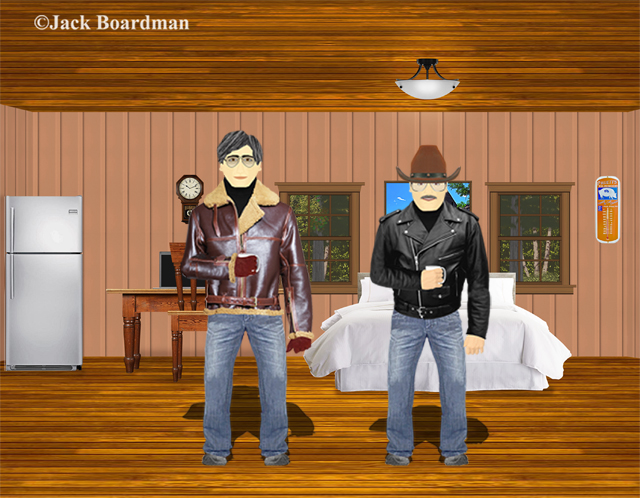 “We’ll use our contingency account, so we can pay ten good men 50K a year.” 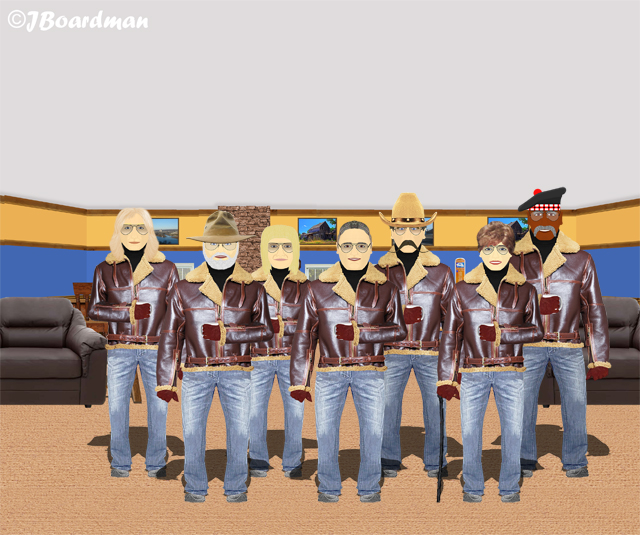 “You may be wondering why I called this meeting,” Big Mac rumbled, “Cujo has given us a lead on where to find Simpson’s new gang.”

“Sadly, no,” Mac replied, “But—I think we should head in that direction.”

“It will take us many hours to get there,” Debra said, “We should head-out as soon as we can.”