“Look where, Mac?” Boomer laughed, “Those cars might be connected to Simpson.”

With their firearms ready—but hidden, the two went to the trailer’s and knocked.

A very-senior woman answered the door—and when she saw Mac—a wide smile stretched her mouth, “Well—how DO you do?”

“I’m doing quite well, thank you,” Mac replied, “And we’re terribly sorry to bother you—we’re deputy marshals and we’re looking for a couple of fugitives.”

“And clearly, you’re not one of them,” Boomer added, “We must return to our search.”

The woman, clearly disappointed, smiled and went back into her motel room.

It was Mac’s turn to drive Mandarin Mustang—and he put her through her paces with a very-wide grin on his face.

He was a little disappointed that Boomer showed no fear, “Does nothing I do bother you?”

“HA!” Mac rumbled, “Just so you know—we’ve had a tail for the last few miles.”

“Let’s pull over in the little town just ahead.”

Mac slowed down as they entered town—and their followers had no choice but to slow as well. Mac stopped in town, and the two confronted them.

“Why are you following us?” Mac rumbled ominously, and flashing his US Marshal’s badge, “Get out of your car!” 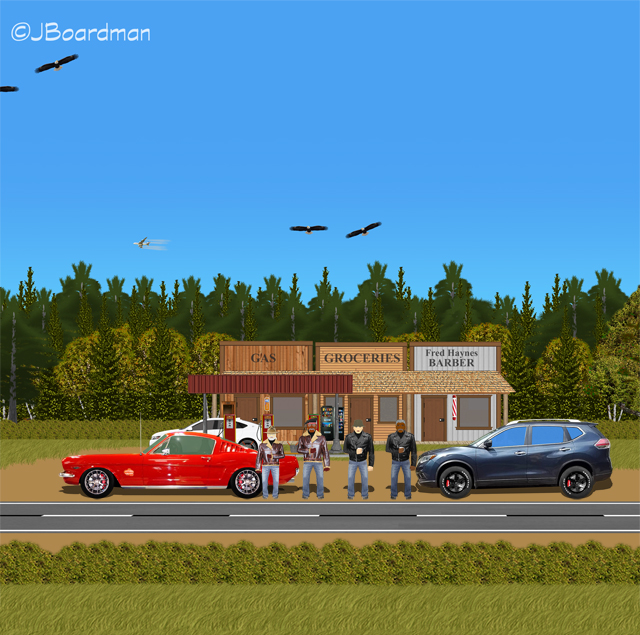 The two realized Mac was deadly-serious—they got out, “D-d-don’t shoot.”

“Why are you following us?” Boomer asked.

“We ain’t,” the older of the two replied.

The look on their collective faces answered Mac’s question, “Park your car—you’ll be riding with us.”

“One with me in the back—and one up front with Mac,” Boomer grinned, “Do it!”

“Where are they?” Chris asked, “We should have heard something by now.” 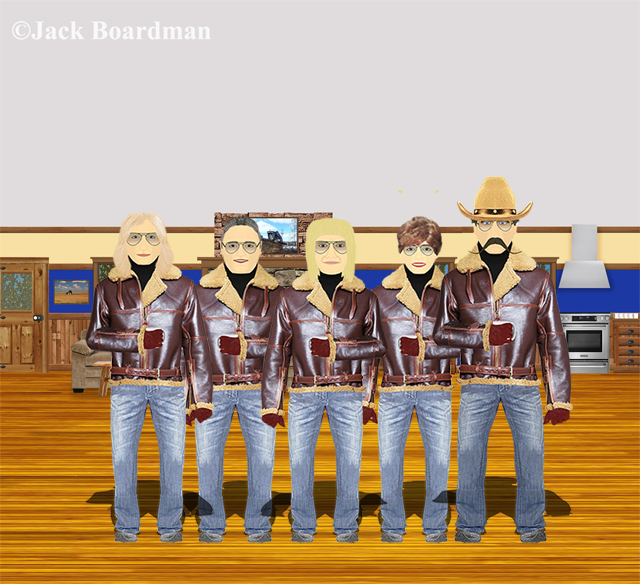 “We should have heard something by now.”

‘They can take care of themselves,” Debra replied, “But—I hate waiting to hear from them.”

“I have a call on my cell—from Boomer,” Chris said, and then answered the call, “This is Chris, Boomer, what’s up?”

Moments later she closed her cell, “Mac & Boomer captured two men who they believe work for Simpson—they’ll be coming-back here as quickly as possible.”

2 Responses to “Get out of your car!”