Previously: “No more questions until I’ve had time to speak with my client,” Farkleberry said as he entered the jail.

“That’s fine with us,” Chris Earp replied, “He deserves an attorney—and you’re a great one.”

“You may meet in our conference room, Mr. Farkleberry,” Sarah offered, “You will have complete privacy.”

“I know, Sarah,” Farkleberry replied, and turning to Johnson, “Come with me, please.”

Episode 9—Scene 3… On Carleton County Road 23… Linda & Ralph Halvorson were parked at the side of the road and were a little surprised when an SUV flew-by, “Wow!”

“You can say that again, Ralph,” Linda replied as she put the Mustang in gear—and turned around to follow the SUV—at a distance, “That matches the description of one of Simpson’s vehicles.”

“Just make sure we don’t catch-up.”

“Yes, Linda,” Ralph replied, “And it’s about to become even more obvious—I called Mac with the license number, and I expect he’s checked with the state by now—and knows who owns the SUV.”

“Boomer & Mac just parked behind us.” 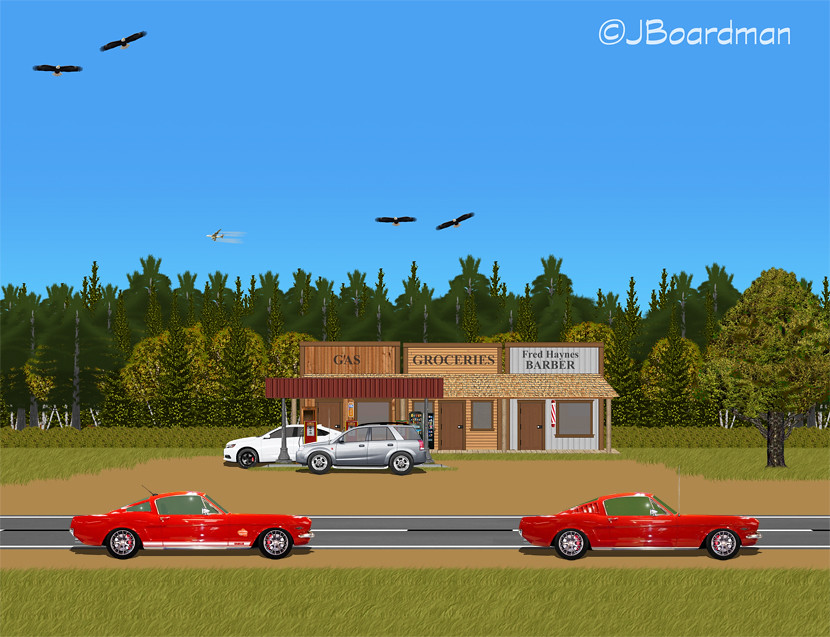 “Boomer & Mac just parked behind us.”

Mac walked-up to their car, “I contacted the Minnesota DOT—and they said the vehicle is owned by Stanley Enterprises.”

“Should we pay them a visit?” Ralph asked.

“No Ralph,” Mac replied, “Let’s continue to follow, in hope of making them nervous enough to contact Big A.”

“And we’re following in such nondescript cars,” Ralph quipped. 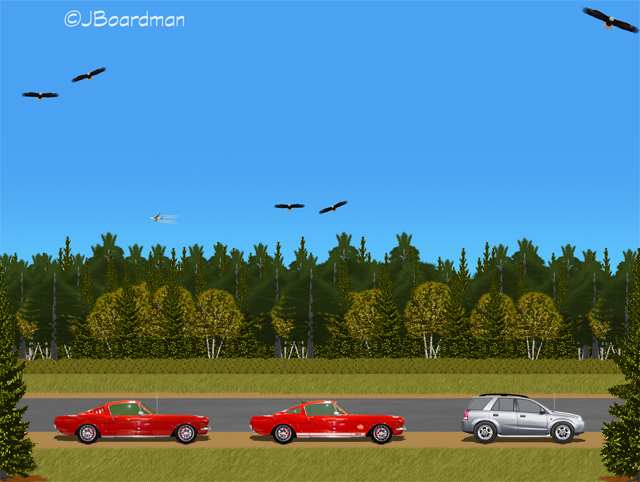 “Must be a couple of old geezers—the new Mustangs are way more reliable.”