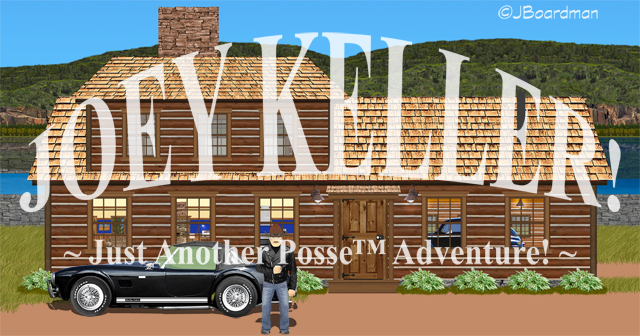 Season 18, Adventure 3, Joey Keller, Episode 5… A meeting inside Keller’s HQ… Mary Schmidt, Lola Masters,Regina Hanson and Lois Wilson were all at the meeting with Joey Keller. 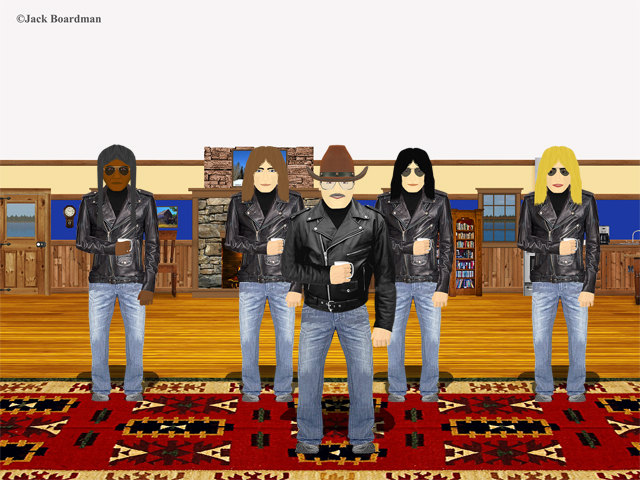 “Simple, he replied, “Find this so-called posse, and when you find them; kill them.”

“It’s my understanding that there are more of them than there are of us,” Regina protested.

“There are,” he replied, “But, they usually travel in pairs; take them out wherever you find them.”

“That’s true,” he replied, “The sooner you start, the better.”

The four left Keller’s HQ; and rode off in pairs.”

Regina and Lola rode together, “We shouldn’t underestimate the posse-members.”

They started in Danger Bay; riding past the Posse HQ and didn’t realize it was there.

They rode through downtown Danger Bay, and found nothing, “I’m beginning to think they’re not in town.”

“Yeah, Lola,” Regina replied, But now we must continue our search; perhaps in a local bar; I require a drink.”

They remained in the bar for several hours and began to become well and properly drunk.

The two were no more than mounting their ‘cycles when Sheriff Andy Silverthorn pulled them over, “You two appear to be impaired; climb off your bikes.

They failed the test; big time.

Soon the found themselves in the Moosehead County jail.

(I have no sympathy for them, Gentle Reader, do you?)

Our story will be continued…