Previously: “You MUST leave Joey—and take your best men with you!”

“Because three of your gang are ratting-you out,” Juco answered.

“And my gang?” Keller asked.

“They’re about to be arrested, and you’re next.”

Season 18, Adventure 4, DEADWOOD, Episode 1—Scene 1… Inside the Posse HQ™ several days later… Cujo met with her friends inside the PosseHQ™ and informed them, “Keller has escaped into 19th Century Deadwood!”

“Yes, two weeks ago,” Cujo replied, “And managed to prevent me from knowing until a few minutes ago.” 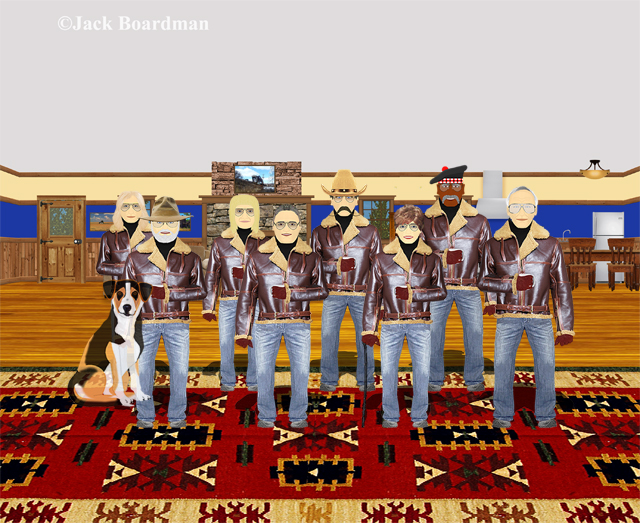 “I recon we’d better go to the stable and get our horses ready to ride,” Chris grinned, “Head ‘em up and move ‘em out!”

“I was just out on Pal yesterday—and he said he was bored—that’ll change,” Boomer said with a wide smile.

The posse-members all made ready to time-travel—their respective sentient horses were more than a little excited to be back in action—they WERE a bit jealous that horse-less carriages had taken their collective places for so long.

DEADWOOD, Episode 1—Scene 2… Meanwhile, in Deadwood, Dakota Territory… After finding an abandoned cabin, in good condition, in the woods outside Deadwood, Joey Keller set about recruiting a new gang in Nuttal & Mann’s Saloon, “No more women this time,” he thought to himself. 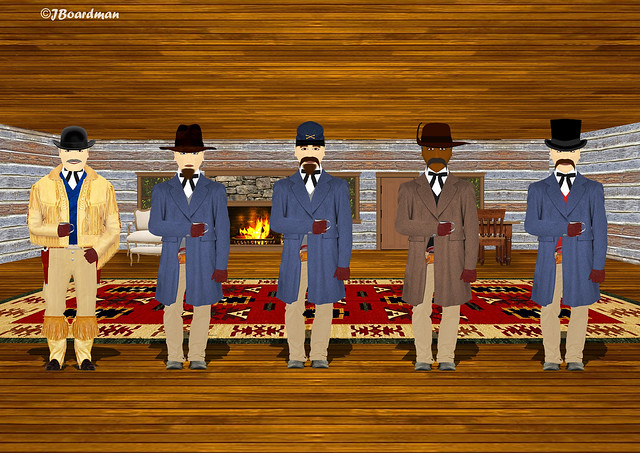 “No more women this time.”

“Not around here,” Keller replied, “Maybe in Rapid City.”

“That’s a big town,” Thomas Wilson observed, “The banks must have some money.”

“We’ll take our time getting the lay of the place before we do anything—just listen to conversations in the saloons and shops.”

“That sounds good to me,” Rafe Smith grinned, “How about women?”

“Only for recreation,” Keller laughed.