The Posse™ rode into Deadwood

PREVIOUSLY: After finding an abandoned cabin, in good condition, in the woods outside Deadwood, Joey Keller set about recruiting a new gang in Nuttal & Mann’s Saloon, “No more women this time,” he thought to himself.

“Not around here,” Keller replied, “Maybe in Rapid City.”

“That’s a big town,” Thomas Wilson observed, “The banks must have some money.”

“We’ll take our time getting the lay of the place before we do anything—just listen to conversations in the saloons and shops.”

“That sounds good to me,” Rafe Smith grinned, “How about women?”

“Only for recreation,” Keller laughed. 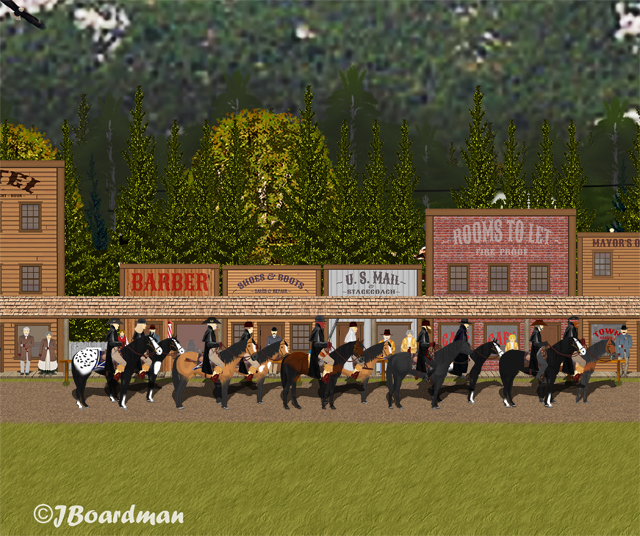 “That could be, Mrs. Earp,” Wyatt replied, “Maybe we should stop-in to Nuttal & Mann’s Saloon.”

The Posse™ dismounted and went into the saloon, and Mac showed aa sketch of Keller, “Pardon me, barkeep, have you seen this guy in here?”

“Do happen to know where they were headed?”

“Thank you,” Mac said as the Posse™ left the saloon. 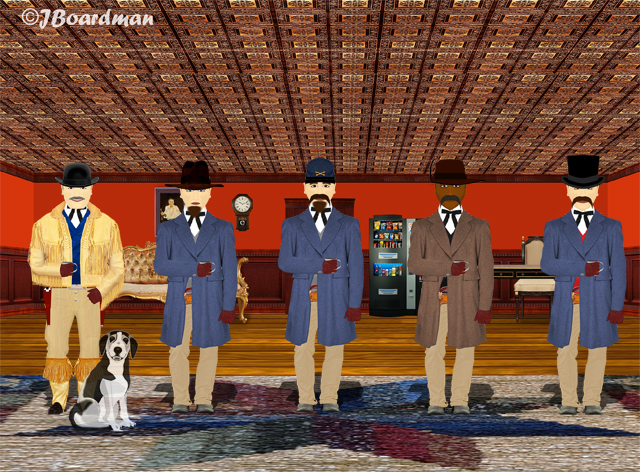 “I suggest you wait,” Juco appeared out of thin-air—causing all but Keller to just about leap out of their boots.

“Because the Posse may be on to you.”

“Not good enough for me Juco.”

Juco replied, “Very well—don’t take my word—at your own risk.”

2 Responses to The Posse™ rode into Deadwood