PREVIOUSLY: Keller’s Gang rode towards Flyspeck and as they did—came across a Conestoga wagon heading in the opposite direction, towards Rapid City.

The victims were a family just looking for a new life in Dakota Territory—they meant no harm to anybody—now they wouldn’t have the chance.

“Well, gentlemen,” Keller observed, “This has been a profitable day.”

DEADWOOD, Episode 3—Scene 3… Several hours later the Posse™ rode into A Ghost Town… The first thing they saw was the Conestoga wagon—Chris was the first to reach it.

“Probably, Chris,” Mac rumbled, “We can’t leave them to the buzzards—we must bury them.” 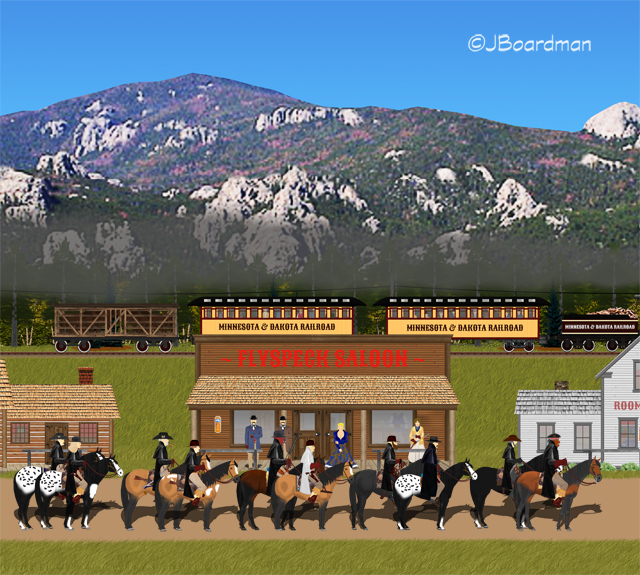 The only commercial place to visit was the “Flyspeck Saloon.” 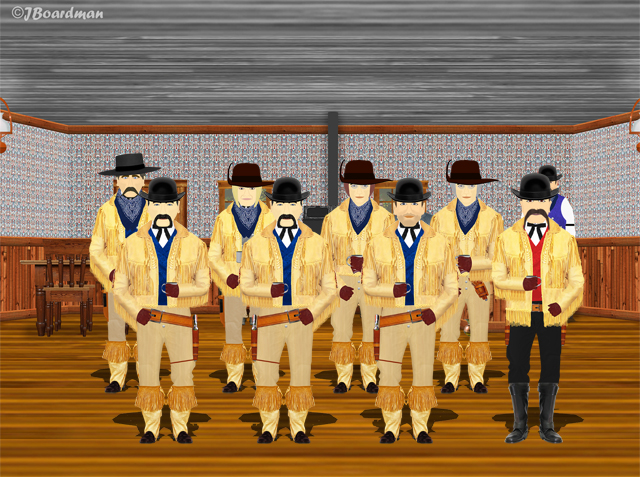 Fortunate because had they mentioned their line of work; they might not have survived their visit to the saloon, right Gentle Reader™?

DEADWOOD, Episode 4—Scene 3… An hour or so, later—Keller on the road out of the Black Hills…

His new hires would follow the in the next day or so, “Do you think they’ll catch-up with us?” 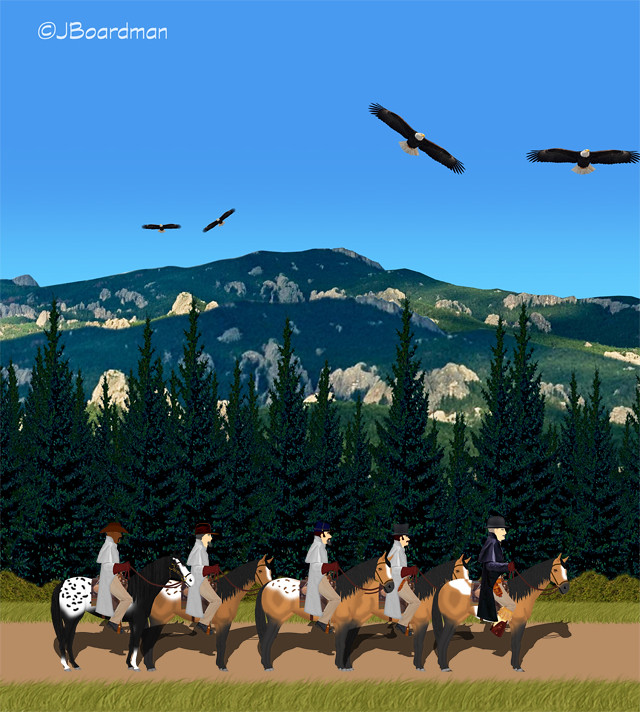 “Do you think they’ll catch-up with us?”

DEADWOOD, Episode 4—Scene 4… A week or so later, on the Dakota Territory Prairie… The new hires met Keller on the Prairie. 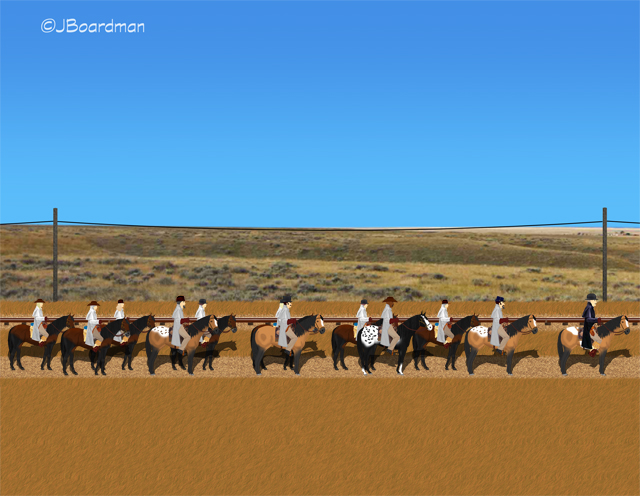 “It’s about time you caught-up, gentlemen & ladies,” Keller said not unkindly, “We have some riding ahead of us—let’s ride!”