“I suggest you wait,” Juco appeared out of thin-air—causing all but Keller to just about leap out of their boots.

“Because the Posse may be on to you.”

“Not good enough for me Juco.”

Juco replied, “Very well—don’t take my word—at your own risk.”

“Yes—yes you may,” Keller replied, “I’d like to make a withdrawal.”

“Certainly, sir,” Smith said in response, “May I have your account number?”

Keller and company drew their weapons. 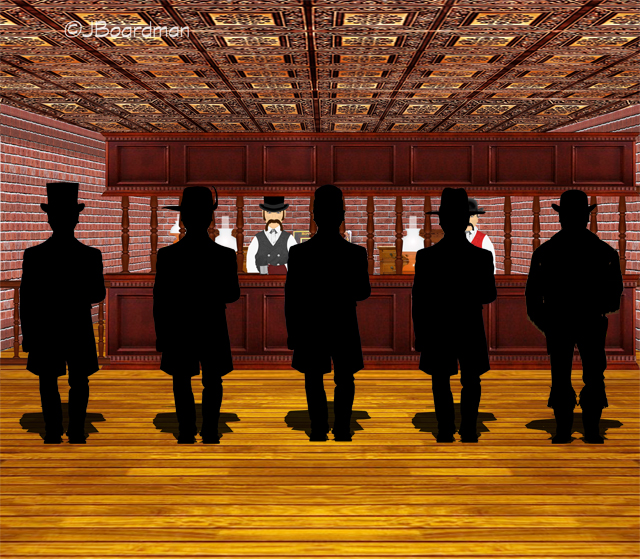 Keller and company drew their weapons.

“Yes, you can—empty your safe,” Keller replied, as his men held-out several canvas bags, “Into these bags.”

Each employee and customer placed their money and valuables into the bags.

After the safe’s contents were placed in the bags—every single person in the bank was shot dead.

DEADWOOD, Episode 3—Scene 2… Flyspeck… Keller’s Gang rode into Flyspeck and as they did—came across a Conestoga wagon heading in the opposite direction, towards Rapid City. 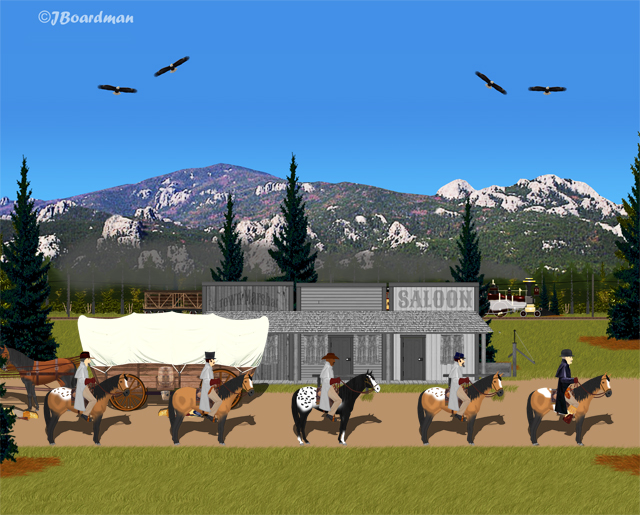 The victims were a family just looking for a new life in Dakota Territory—they meant no harm to anybody—now they wouldn’t have the chance.

“Well, gentlemen,” Keller observed, “This has been a profitable day.”

DEADWOOD, Episode 3—Scene 3… Several hours later the Posse™ rode into a Ghost Town  The first thing they saw was the Conestoga wagon—Chris was the first to reach it. 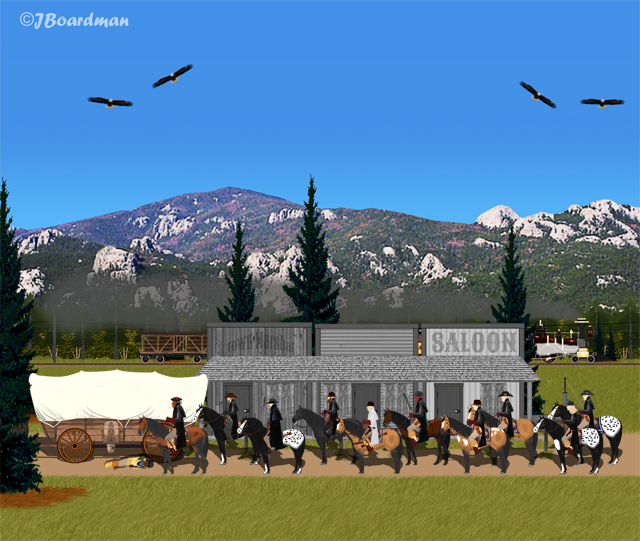 “Probably, Chris,” Mac rumbled, “We can’t leave them to the buzzards—we must bury them.”