The Return of Allen Stanley Simpson

PREVIOUSLY: DEADWOOD, Episode 4—Scene 3… An hour or so, later—Keller on the road out of the Black Hills…

His new hires would follow the in the next day or so, “Do you think they’ll catch-up with us?”

DEADWOOD, Episode 4—Scene 4… A week or so later, on the Dakota Territory Prairie… The new hires met Keller on the Prairie.

“It’s about time you caught-up, gentlemen & ladies,” Keller said not unkindly, “We have some riding ahead of us—let’s ride!”

“Based upon the large number of tracks,” she replied, “I believe they’ve expanded their gang and are ready to return to Moosehead County.”

“I believe Chris is correct,” Boomer chimed-in, “It makes perfect sense to me.”

“Very-well,” Mac rumbled, “Let’s cut cross-country and ask our horses to give us all they’ve got.”

They were all taken-aback by the unexpected arrival of the Adventure Train™! 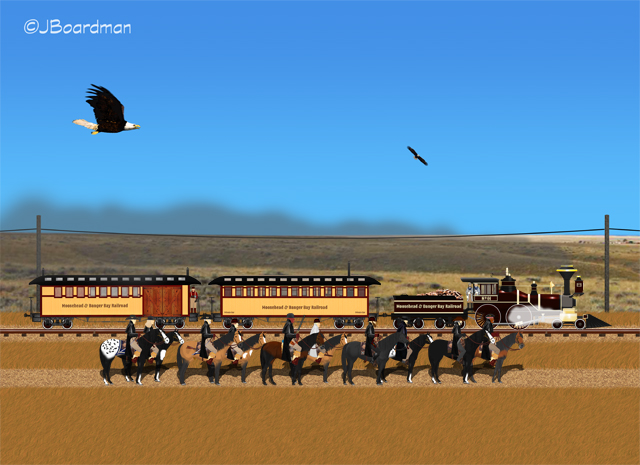 They were all taken-aback by the unexpected arrival of the Adventure Train™!

“Were you surprised by this?” Karma Bigfeathers said—totally surprising our heroes.

It took mere moments for the Adventure Train™ to reach full speed. 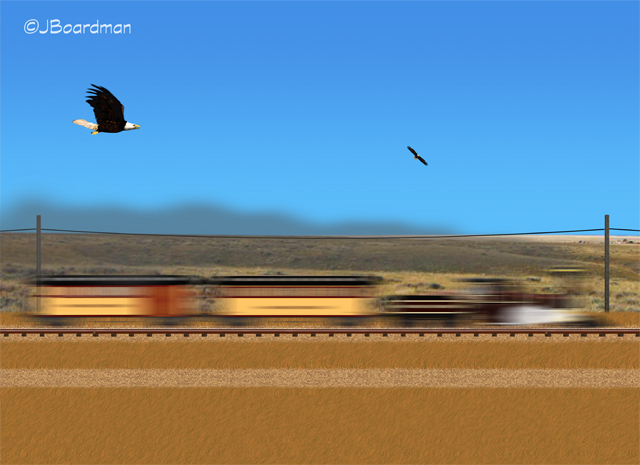 “You can say that again—but don’t, Boomer replied, laughing.

“How soon will we arrive in Moosehead City?” 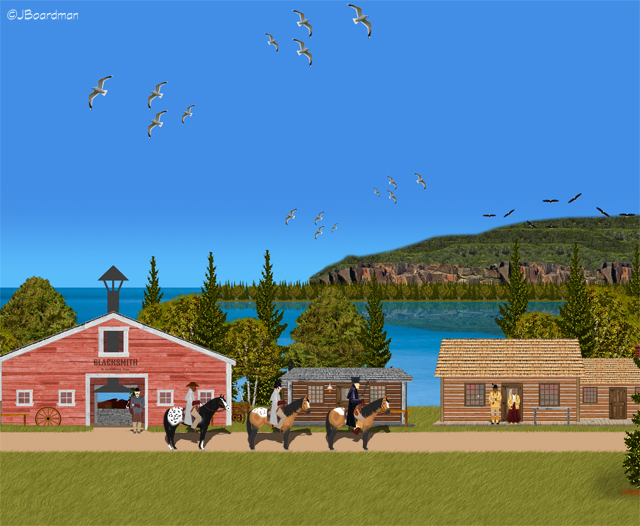 “You’re not planning any mischief, are you?”

“Only if your name is Joey Keller.”

“Who is he?” Silverthorn asked.

“Let’s just say I have a score to settle with him—nothing that will involve you, or anyone else in Danger Bay.”

“That is hard to believe,” James replied, “After all these years—your history in Danger Bay says otherwise.”

“I was informed by my sources that he’s escaped the 21st Century,” Simpson replied—knowing that Silverthorn understood, and even experienced time-travel, “And is heading here.”

“As long as I don’t offend Carl McIntyre, I should be fine—the Posse™ has helped me escape Keller’s grasp in the 21st Century.

2 Responses to The Return of Allen Stanley Simpson