“For the time-being, Joey,” Simpson replied, “Your suggestion that we keep our horses in the pasture down the hill, should keep the Posse from bothering us here.”

“Still,” Keller replied, “We should carefully look for a new HQ.”

Keller’s mention of his name was answered seconds later, “How may I help you?”

“Find us a new and secure hideout,” Simpson replied, “One that even Cujo can find.”

“I will rebuild ‘Flyspeck,’ He replied, “And it will need a new banker.”

“You can do that?” Simpson asked.

“Easily—Cujo pays no attention to Flyspeck!”

“This certainly is a sleepy little town.” 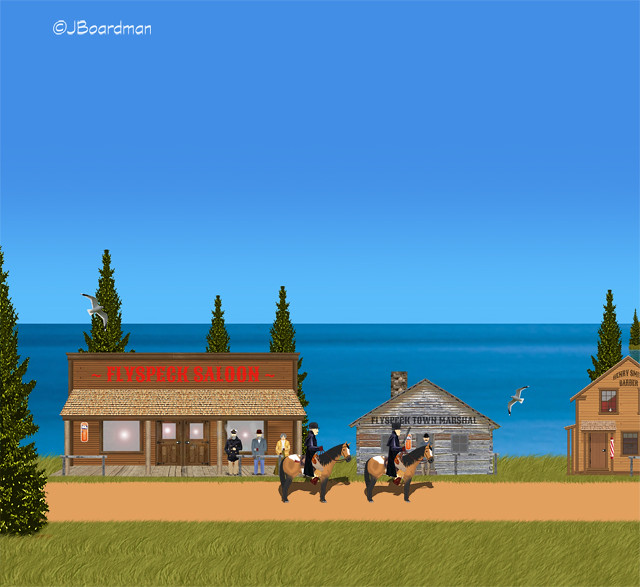 “This certainly is a sleepy little town.”

“Which, Al, is perfect for our plan,” Keller replied, “I think I see a boarding-house just down the street—let’s see if there’s a room or two available.”

They did just that—old Mrs. Williams had a room available—and the two were now citizens of Flypeck, Minnesota.

“Will this room do?”

SALOON, Episode 1—Scene 2 … Meanwhile … Inside the PosseHQ™ … The Posse™ met with Cujo inside their HQ. 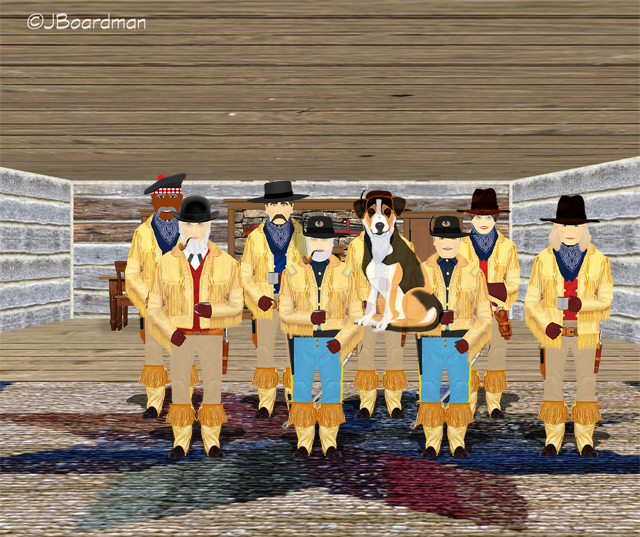 The Posse™ met with Cujo inside their HQ.

“No Mac,” Cujo replied, “Not just yet—they’re purchasing the saloon in Flyspeck—send Jay in a day or so—they’ve never met him.”

SALOON, Episode 1—Scene 3 … Inside the Flyspeck Saloon … Jay Merton ambled into the saloon—and quickly identified Big A standing with a fellow he didn’t know.

He assumed the man was Keller. 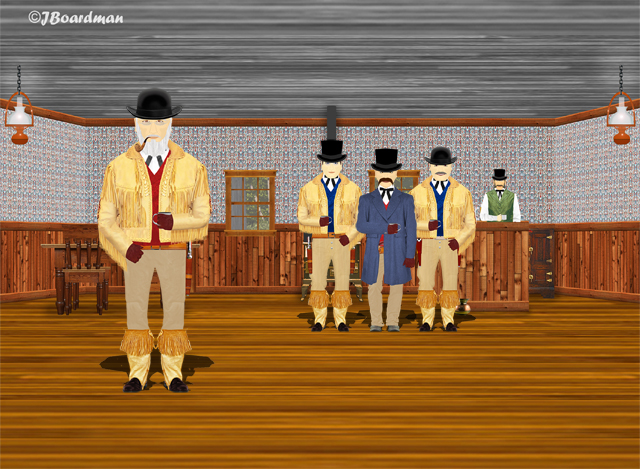 Jay ambled over to the where Keller was standing with Big A—and Simpson didn’t recognize him.

Jay wisely opted to remain silent—he may be old, but he hasn’t lost his cunning.

He just listened—and learned their plan.