“No Mac,” Cujo replied, “Not just yet—they’re purchasing the saloon in Flyspeck—send Jay in a day or so—they’ve never met him.”

SALOON, Episode 1—Scene 3 … Inside the Flyspeck Saloon … Jay Merton ambled into the saloon—and quickly identified Big A standing with a fellow he didn’t know.

He assumed the man was Keller.

Jay ambled over to the where Keller was standing with Big A—and Simpson didn’t recognize him.

Jay wisely opted to remain silent—he may be old, but he hasn’t lost his cunning.

He just listened—and learned their plan.

Season 18, Adventure 6, SALOON, Episode 2—Scene 1 … Jay Merton was interviewed by Keller & Simpson … “Say-there, old man,” Keller asked, “Are you at all handy with that Remington .44?” 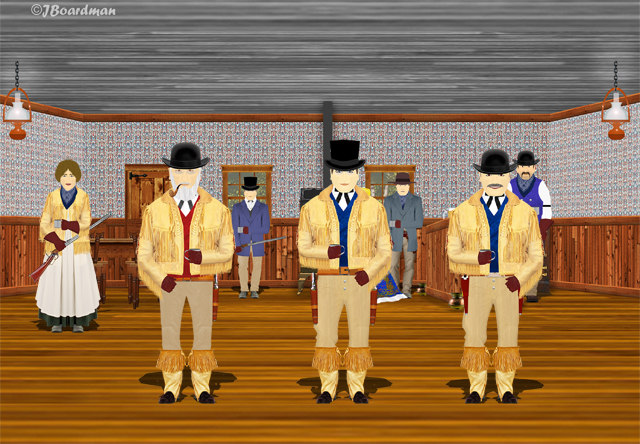 “Are you at all handy with that Remington .44?”

In a shade-more than an eye-blink—Jay’s Remington was pointing at Keller’s head, “Fast enough?”

Both Keller & Simpson were more than a little impressed.

“Are you looking for work?” Simpson asked.

“How much would accept?” Keller asked.

Jay was laughing to himself as he contemplated Keller’s offer—which, of course, he would accept.

SALOON, Episode 2—Scene 2 … Inside the PosseHQ™ … Jay Merton reported back, “They hired me!” 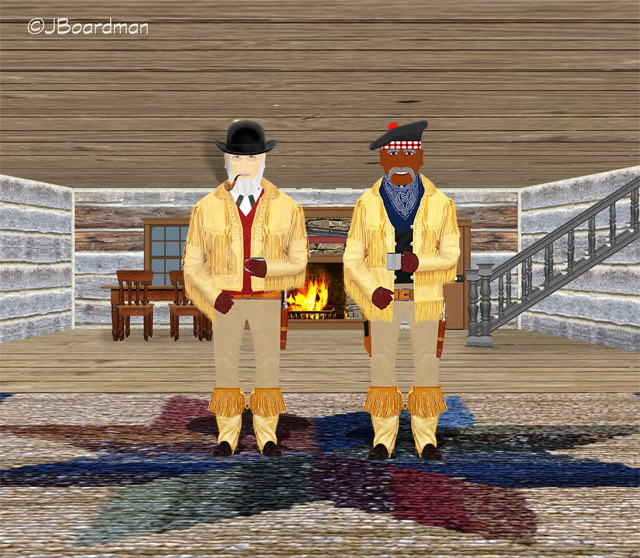 “You know what?” Joey asked, “We require some time off—Simpson & Keller won’t miss us for a few days.” 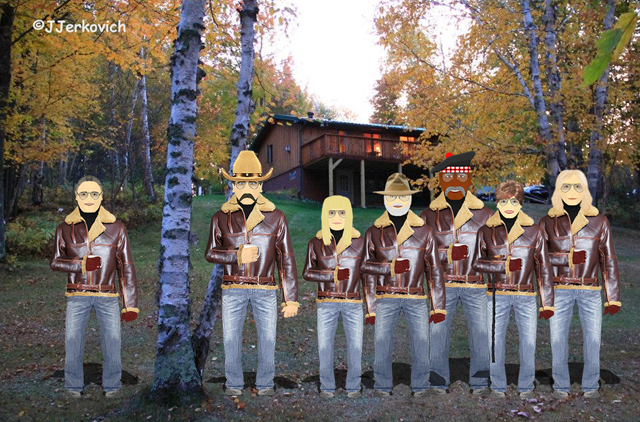 “Yes.” Joey replied, “It really exists—let me give you a tour of the cabin.”

Joey gave the Posse™ a complete tour of the cabin—and then set-about making one of his special dishes for lunch: “Gratis on a Portis with Escofier sauce.”

Too soon, Gentle Reader™ the short vacation came to an end and our heroes returned to their 19th Century Posse™ HQ.