PREVIOUSLY: “I open tomorrow morning,” Jay replied, “And experience informs me that it won’t be long after that—I will be eliminated.”

“Why don’t you go home—so Collie can work her magic on that,” Boomer laughed.

“I think I will,” Mac grinned as he prepared to leave, “It’s already lessoned a bit.”

“Oh GOOD!” Jay exclaimed, “We do get tired of your grumping!”

“Out—out—OUT WITH YOU!” Chris exclaimed, “What a buzz-killer you are.”

After Mac left—the remaining Posse™ were concerned—Mac was almost never sick. He seemed to have a stainless-steel constitution.

“Does anyone remember Mac being sick?” Boomer asked.

“You and I go back a long time,” Chris replied, “And I simply can’t remember Mac ever complaining.”

Season 18, Adventure 6B, MODERN LOUNGE, Episode 6—Scene 1—A day later—Inside the Posse HQ™ … There was a knock on the door of the Posse HQ™, it was Clem Wilson, Postmaster of Moosehead County, “Special delivery.”

Chris opened the envelope— The letter was from Collie McIntyre, she paused and then began to cry, “Mac has died!” 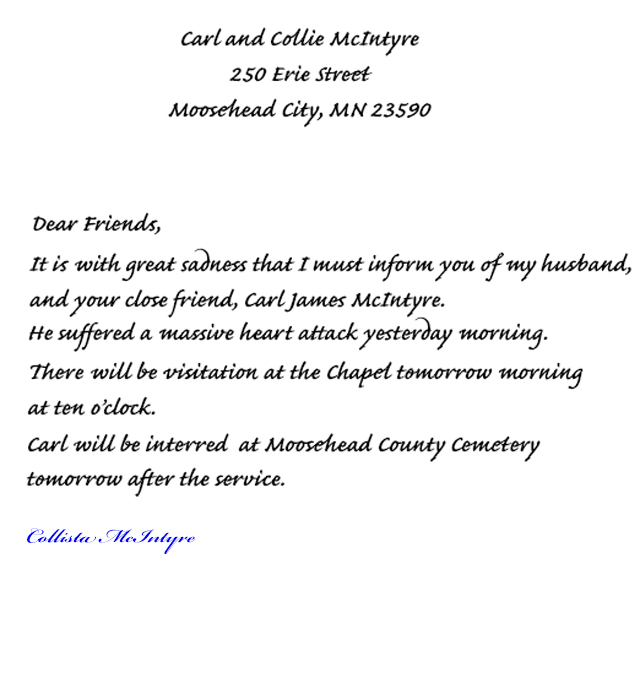 There was complete silence—all were too stunned by the news.

“I just can’t accept that Mac is gone,” Boomer said, tears coursing down his face, “I just can’t!”

Just then there was a knock on the door.

“Cujo informed us of Big Mac’s passing!” Sarah exclaimed as she and Jay came inside, “She brought us here.” 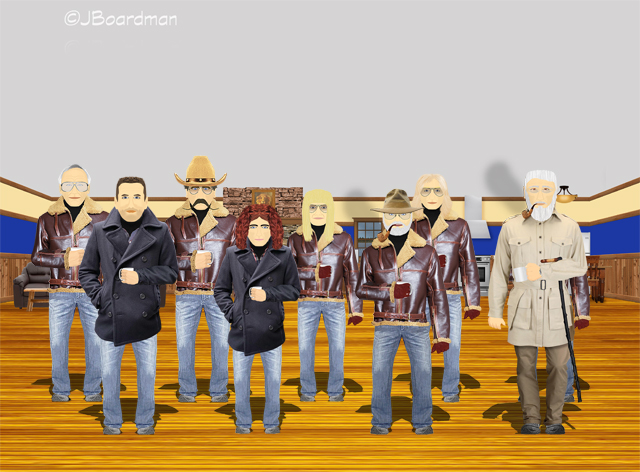 “It is good to see you again, Sarah & Jay,” Boomer replied, “It’s too bad that it’s under such horrible circumstances.”

“We’ll have to find a motel or hotel,” Jay said.

“Nonsense, there is room for you to stay here,” Boomer replied, “We have guest-rooms.”

“I’ll show you to your room,” Chris Earp said, “Right this way.”