“We’ll grab the initiative that way!”

PREVIOUSLY: Jay Schmidt & Carl James found no sign of Simpson and Keller—save for the car in the attached garage.

“I hope Tim and Al had better luck.”

“We must worry more about having to report this to Mr. Halvorson,” Carl observed, “And hope Tim and Al had better luck.”

“Seriously?” Carl grimaced, “I think the so-called posse has once again foiled our plans.”

PURSUIT—Episode 9—Scene 3 … Inside the Posse HQ™ … All Posse HQ™ members (except Ralph) were gathered in the Posse HQ™ to discuss what actions they needed to accomplish, “I believe we should be proactive and go find Ralph.”

The Posse™ left their headquarters and headed towards the last known location of the gang’s headquarters.

Season 19, Adventure 1, STARTING OVER—Episode 1—Scene 1 … The Posse™ in their HQ … Just prior to leaving—the Posse™ planned their attempt to rescue Ralph Halvorson, “I think we should enter their hotel room without knocking—after getting a key from Marshal.”

“That sounds like a plan, Chris,” Boomer replied, “We’ll grab the initiative that way!” 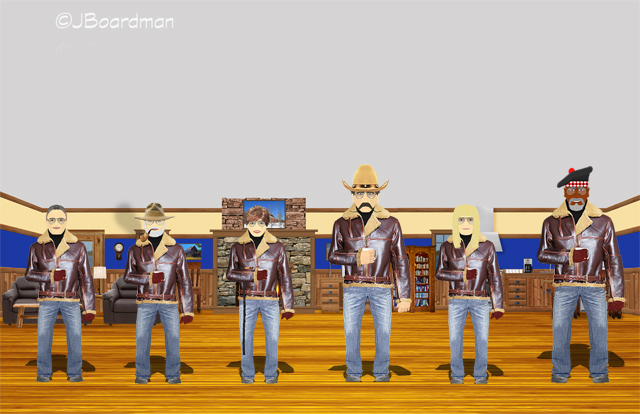 “We’ll grab the initiative that way!”

“I don’t know how I feel about that,” Merle McIntyre said, “They could use Ralph as a shield.”

“If I know Ralph,” Linda disagreed, “He’s probably taken-over the operation by now.”

“I agree,” Boomer offered, “Ralph is far more intelligent than either Big-A and Keller—combined!”

(In fact, GENTLE READER™, THAT is the TRUTH!)

“Do we knock first?” Merle asked.

“Of course,” Linda replied, “We’ll have Marshal knock—and then get out of the way.”

It was clear to the Posse™ that Merle still had a lot to learn.

STARTING OVER—Episode 1—Scene 2 … The Posse™ arrived in Simpson & Keller’s Hotel room … As expected, Ralph opened the door—after all—he was the boss, “I’ve been expecting you; c’mon in.” 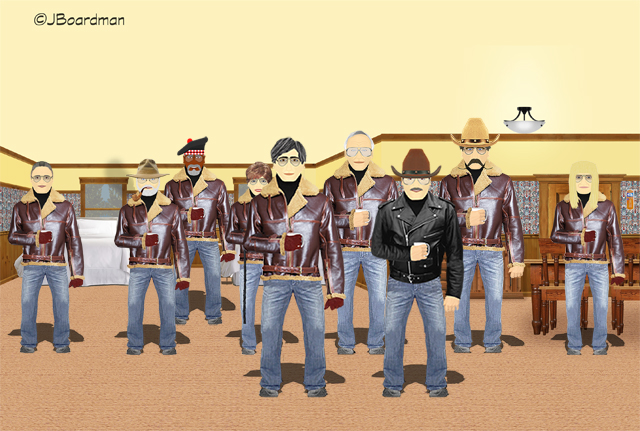 “Gentlemen,” Chris grinned, “We’re here to save your miserable lives.”

“What are you talking about?” Keller asked.

“Jay Schmidt, Carl Jones, Tim Jax, and Al Jones have taken-over your operation and have put a hit-order out on you both,” Chris replied—grinning-broadly.

“You’re the enemy we know,” Boomer said— suppressing a laugh, “We wish to keep you around.”

“Now, get out of here—Okay?” Chris suggested.

They did just that.

4 Responses to “We’ll grab the initiative that way!”