Previously: “I’m off to Wolfwood!”

“Me too?” Melissa McLeod asked, “My bike needs some miles.”

“Sure,” Joey replied, “You didn’t ride while we were gone?”

“You were only gone a day.”

“I think Chris and I will patrol the county,” Wyatt said, “Just like any other day—except in my Mercury instead of a marked squad.”

“Maybe we’ll discover Big A’s hideout,” Chris added, “But pay it no mind, no mind at all.”

Episode 2… Scene 2… Chris & Wyatt Earp drove-by Simpson’s hideout… Chris saw Big-A through the window, “Will you look at that?”

“HA,” Wyatt laughed, “That was almost too easy.”

They continued-on down the road before they contacted Boomer—who they knew was hosting a get-together at his Pine County farm.

Episode 2… Scene 3… At Boomer’s Farmhouse… Ralph, Linda, and Boomer were joined by AJ Boardman—and having a cook-out when Chris called, “We found Big-A!” 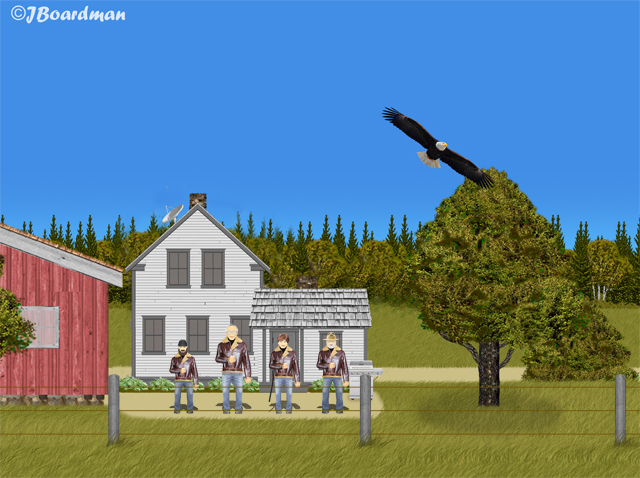 Chris described the location where they saw Big A.

“That could be a problem,” AJ replied, “There are a cluster of roads branching off that road—with heavy forest-cover.”

“We could make it known that we think we know where he is—and track him from the air,” Boomer suggested.

“But with the overhead cover…” AJ began.

“We could activate a fake Civil Air Patrol search & rescue mission—and have law enforcement imply they had a lead on Simpson’s location,” Boomer suggested, ‘Our low & slow-flying L-16 can heard him into a trap.”

“There are open areas along the longest of those side-roads, Dad,” AJ grinned, “If we lurk along that road—we should find him.”

“Yeah,” Linda agreed, “You and AJ fly the mission and we saturate the air with our Historic Air Force airplanes to box him in.”

“And we could box him in on the ground,” Wyatt chimed-in, “With your help from the air.” 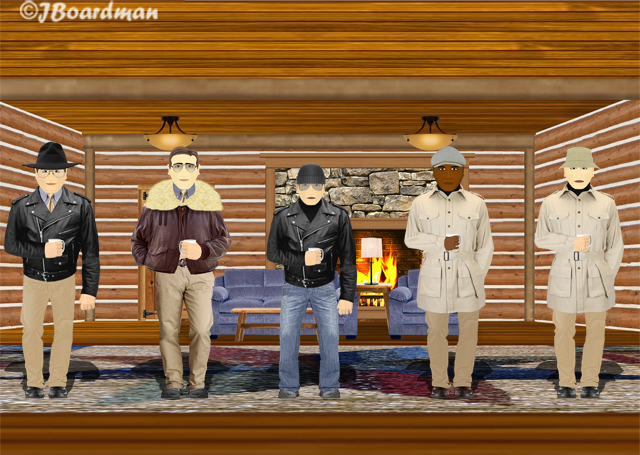 “Willya listen to this?”

“It was just on the radio,” James replied, “But it’s over now—the sheriff of Moosehead County thinks he knows where we are!”

“Okay,” Ambrose replied, “We must leave now—Mr. James—you have no police record, so you take the limo, and when you get stopped just say you were hired to return it to leasing company.”

“Allen? You and I will take Mr. James’ car and follow the coast road,” Ambrose continued, “The rest of you take the forest road to the main highway to Moosehead City.”

“But—they’ll be watching that road.”

“So?” Ambrose asked, “None of you have police records—they have no reason to arrest you.”